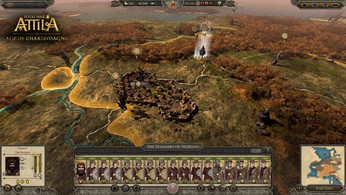 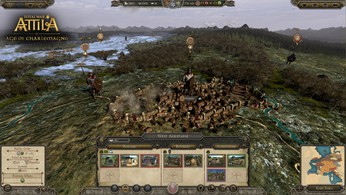 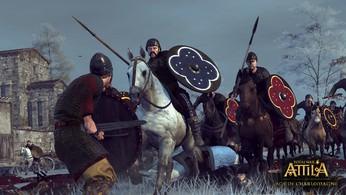 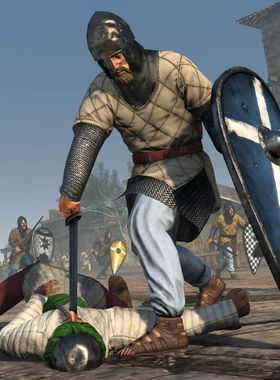 The world lays in tatters, exhausted, bleeding, scarred and burnt, the people desperate. But even after the apocalypse there are men willing to give everything to return to light, to knowledge, to civilisation. Whatever the cost, and whatever the means...

It is the age of a chosen few, an age of greatness, when the first true kings built vast kingdoms from the ashes of past empires... it is the Age of Charlemagne.

The year is 768AD and, after the death of his father, Charlemagne is to share the Frankish throne alongside his brother. A situation that ill-befits a man of his vision, and their relationship clouds as he feels the fiery blood of his grandfather, Charles Martel, stir in his veins.

Friends, enemies and opportunity populate a continent tired of conflict, the people eager for peace. Charlemagne finds himself at the head of a new age of education, religion and warfare, and sees all as tools to unite, stabilise… and expand.

Where can I buy a Total War: Attila: Age of Charlemagne Key?

With GameGator, you are able to compare 8 deals across verified and trusted stores to find the cheapest Total War: Attila: Age of Charlemagne Key for a fair price. All stores currently listed have to undergo very specific testing to ensure that customer support, game deliveries, and the game keys themselves are of the highest quality. To sweeten the deal, we offer you specific discount codes, which you will not be able to find anywhere else. This allows us to beat all competitor prices and provide you with the cheapest, most trustworthy deals. If the current cheapest price of $12.88 for Total War: Attila: Age of Charlemagne is too high, create a price alert and we will alert you through email, SMS, or discord the moment the Total War: Attila: Age of Charlemagne price matches your budget.

Can I play Total War: Attila: Age of Charlemagne immediately after the purchase?

What store should I choose for the best Total War: Attila: Age of Charlemagne Deal?