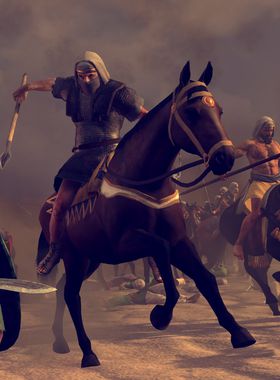 The Desert Kingdoms Culture Pack introduces four new playable factions to Total War: ROME II. The Kingdoms of Kush, Saba and Nabatea fall under the African/Arabian subculture, while the Masaesyli are of Numidian origin.

These factions are native to the deserts of Africa and Arabia. Surviving these harsh environmental conditions has forged them into hardy warriors who use the shifting desert sands to their advantage in battle.

Where can I buy a Total War: Rome 2: Desert Kingdoms Key?

Can I play Total War: Rome 2: Desert Kingdoms immediately after the purchase?

What store should I choose for the best Total War: Rome 2: Desert Kingdoms Deal?