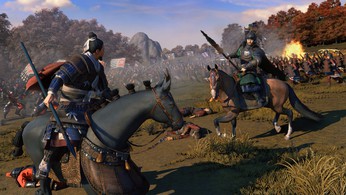 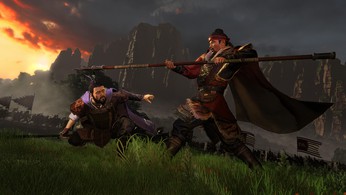 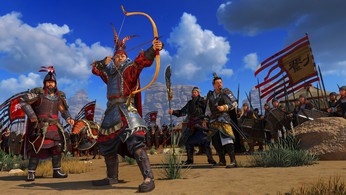 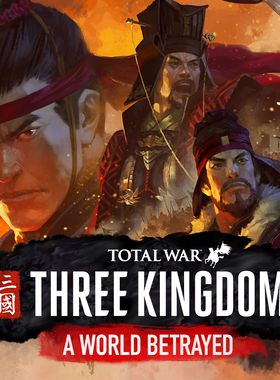 A World Betrayed portrays a seminal moment in the history of the Three Kingdoms. Many of the iconic warlords of Total War: THREE KINGDOMS have now passed on, a catalyst that has spurred a new generation of warlords into making a play for their own dynasties. All sons are born in the shadow of their fathers. It's how they move beyond that defines them.

The year is 194CE and Dong Zhuo, the seemingly unstoppable tyrant, has been dead for two years. But his death blow did not come from an enemy hand; the blade belonged to Lü Bu, his adoptive son. Since Dong Zhuo's death, Lü Bu has flirted with a number of allegiances, swiftly falling in (and out) with the warlords he finds around him. Having found further opportunities by taking Cao Cao's land while he was away avenging the death of his father, he now flees from Cao Cao and his allies, seeking further means to prove his battle prowess and defeat the supposed heroes of China.

Meanwhile in the South, Sun Ce mourns his own father's death, Sun Jian. Vowing to defend his legacy, he seeks expansion into the South, but can he keep his people safe and prove his worth beyond his father's legacy? With the world in turmoil, it's up to you to carve out a path for your hero, and lay waste to anyone that stands in your way.

Where can I buy a Total War: Three Kingdoms - A World Betrayed Key?

With GameGator, you are able to compare 16 deals across verified and trusted stores to find the cheapest Total War: Three Kingdoms - A World Betrayed Key for a fair price. All stores currently listed have to undergo very specific testing to ensure that customer support, game deliveries, and the game keys themselves are of the highest quality. To sweeten the deal, we offer you specific discount codes, which you will not be able to find anywhere else. This allows us to beat all competitor prices and provide you with the cheapest, most trustworthy deals. If the current cheapest price of $6.31 for Total War: Three Kingdoms - A World Betrayed is too high, create a price alert and we will alert you through email, SMS, or discord the moment the Total War: Three Kingdoms - A World Betrayed price matches your budget.

Can I play Total War: Three Kingdoms - A World Betrayed immediately after the purchase?

What store should I choose for the best Total War: Three Kingdoms - A World Betrayed Deal?