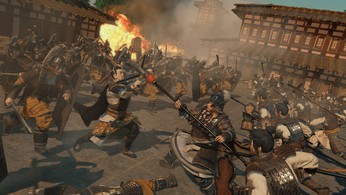 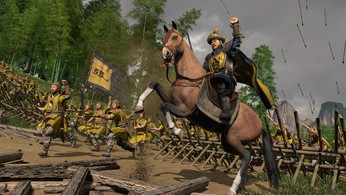 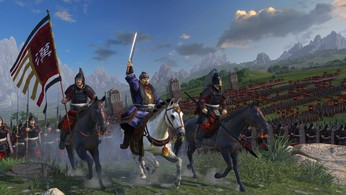 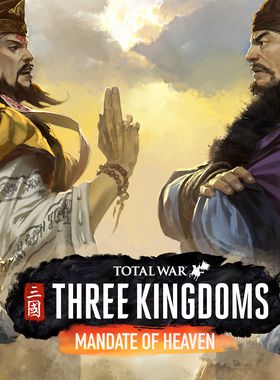 The year is 182CE. The Han Empire is in turmoil, and China is slipping towards chaos. The Emperor's court is paralysed by corruption, and a great famine has ravaged the north. In the eyes of the people, Emperor Ling has lost the Mandate of Heaven – and with it, the right to rule. Across the land, the people band together in opposition. Led by the three Taoist brothers Zhang Jue, Zhang Liang and Zhang Bao, they don yellow turbans and take up arms. Their aim: to tear down the unjust Han and replace it with their own dynasty of harmony and peace. They are thousands strong, with more flocking to their cause by the day.

Warlords sworn to the emperor rally to his banner; warriors of great influence and fierce ability. Yet the wiser, more ambitious of them harbour their own desires… if the Han becomes too weak, who then will take the reins of power? The Total War: Tree Kingdoms – Mandate of Heaven Chapter Pack depicts the events of the Yellow Turban Rebellion, enabling players to engage in the conflict from either rebel or loyalist perspectives. Introducing a number of new characters and playable faction leaders, the campaign begins in 182CE, but players can choose to continue well into the Three Kingdoms period, with familiar characters entering the campaign as the timeline progresses.

Where can I buy a Total War: Three Kingdoms - Mandate of Heaven Key?

With GameGator, you are able to compare 15 deals across verified and trusted stores to find the cheapest Total War: Three Kingdoms - Mandate of Heaven Key for a fair price. All stores currently listed have to undergo very specific testing to ensure that customer support, game deliveries, and the game keys themselves are of the highest quality. To sweeten the deal, we offer you specific discount codes, which you will not be able to find anywhere else. This allows us to beat all competitor prices and provide you with the cheapest, most trustworthy deals. If the current cheapest price of $4.69 for Total War: Three Kingdoms - Mandate of Heaven is too high, create a price alert and we will alert you through email, SMS, or discord the moment the Total War: Three Kingdoms - Mandate of Heaven price matches your budget.

Can I play Total War: Three Kingdoms - Mandate of Heaven immediately after the purchase?

What store should I choose for the best Total War: Three Kingdoms - Mandate of Heaven Deal?