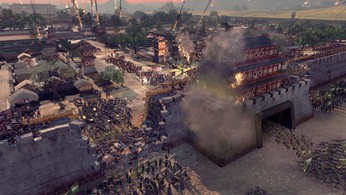 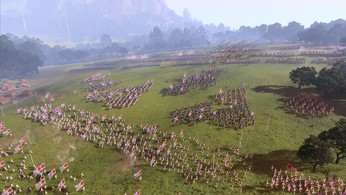 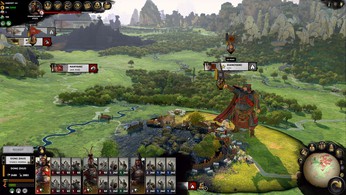 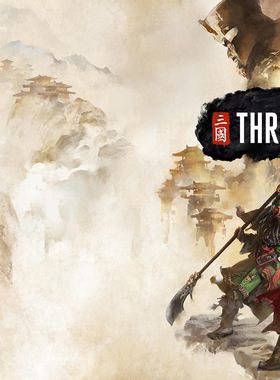 Total War: THREE KINGDOMS is the first installment in the award-winning strategy series that traces the epic conflict in ancient China. The thrilling, turn-based campaign revolving around the building of an empire, statesmanship and conquests is perfectly combined with breathtaking real-time battles. Total War: THREE KINGDOMS adds unimagined complexity to the series in the age of heroes and legends.

The age of legendary conquests has dawned.

This wonderful country is torn apart and demands a new emperor and a new way of life. Unite China under your rule and become part of the next great dynasty - so that your legacy may last forever.

Will you make friends, forge fraternal alliances, and be respected by your many enemies? Or will you commit treason, cunning intrigue and become one of the most influential political masterminds?

Where can I buy a Total War: Three Kingdoms Royal Edition Key?

With GameGator, you are able to compare 9 deals across verified and trusted stores to find the cheapest Total War: Three Kingdoms Key for a fair price. All stores currently listed have to undergo very specific testing to ensure that customer support, game deliveries, and the game keys themselves are of the highest quality. To sweeten the deal, we offer you specific discount codes, which you will not be able to find anywhere else. This allows us to beat all competitor prices and provide you with the cheapest, most trustworthy deals. If the current cheapest price of $14.21 for Total War: Three Kingdoms is too high, create a price alert and we will alert you through email, SMS, or discord the moment the Total War: Three Kingdoms price matches your budget.

Can I play Total War: Three Kingdoms Royal Edition immediately after the purchase?

What store should I choose for the best Total War: Three Kingdoms Royal Edition Deal?

There are many details that you might want to go through before settling on the deal of your choosing. If you are looking for a special Edition, such as Emperor Edition or includes Bonus, you can select these in our menu. When it comes to the actual stores, we made sure that you will never get overcharged/neglected. As we care about your satisfaction, we like to ensure that all deals are legitimate, reliable, and foolproof. On top of that, we make sure all stores affiliated with us have proper refund processes and guarantees and are backed by a competent team to ensure that absolutely nothing will go wrong.