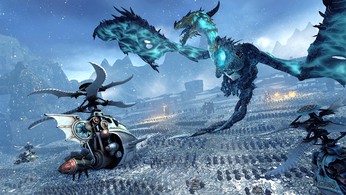 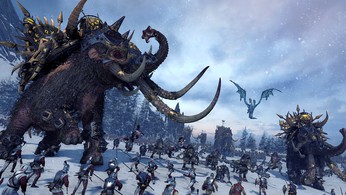 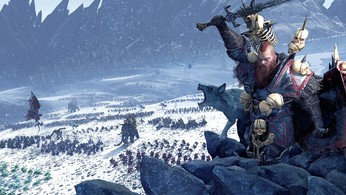 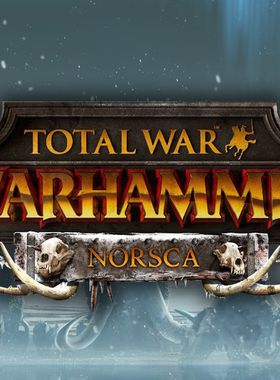 In the far north, between the Chaos Wastes and the Sea of Claws, lies Norsca. A barren, inhospitable peninsula in the far north of the Old World, it is home to ferocious tribes of warriors, hardened by the relentless blizzards, the barren icy tundra and the monstrous denizens of this accursed land. Fanatical servants of the dark gods, they will stop at nothing to prove their primal might, in a relentless hunt for worthy foes and fresh raiding grounds.

A Norscan campaign is one of relentless pillage and ruination. Their principle sources of income are raiding and sacking. This lends itself to a very mobile and combative playstyle – always keeping your armies on the move and often in contention with other factions. Razing settlements enables you to erect monoliths to the dark gods of Norsca… and the gods always reward the faithful!

In battle, Norscan armies are swift and vicious, featuring a backbone of increasingly fierce and more heavily armed Marauder infantry units. With the right buildings in place, they can also recruit a wide array of monstrous units such as Trolls, Fimir Warriors, Norscan Ice Wolves and Skin Wolves. At the top of the tree are the Frost-Wyrm and the colossal War Mammoth.

Where can I buy a Total War: Warhammer: Norsca Key?

With GameGator, you are able to compare 15 deals across verified and trusted stores to find the cheapest Total War: Warhammer: Norsca Key for a fair price. All stores currently listed have to undergo very specific testing to ensure that customer support, game deliveries, and the game keys themselves are of the highest quality. To sweeten the deal, we offer you specific discount codes, which you will not be able to find anywhere else. This allows us to beat all competitor prices and provide you with the cheapest, most trustworthy deals. If the current cheapest price of $4.88 for Total War: Warhammer: Norsca is too high, create a price alert and we will alert you through email, SMS, or discord the moment the Total War: Warhammer: Norsca price matches your budget.

Can I play Total War: Warhammer: Norsca immediately after the purchase?

What store should I choose for the best Total War: Warhammer: Norsca Deal?