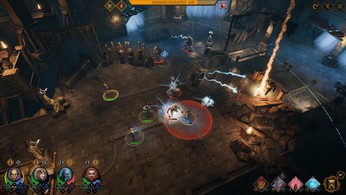 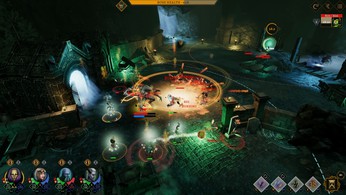 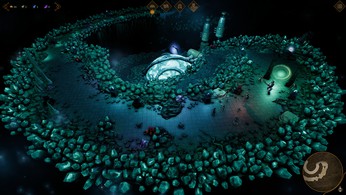 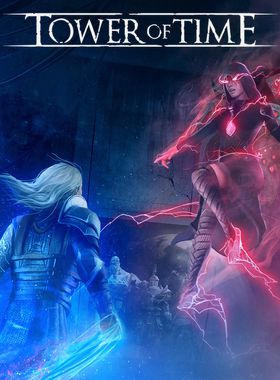 About Tower of Time

Tower of Time is an incredible adventure packed with over 50 hours of gameplay, hand-crafted levels, and a rich story told through cinematics. Taking classic RPG gameplay to the next level, Tower of Time features flexible character development, thousands of pieces of loot and equipment and the complex and tactical Arrow-Time real-time combat system.

ENGAGING STORY OF EPIC PROPORTIONS
Immerse yourself in a world where technology meets magic with devastating consequences. Gather a group of diverse champions and lead them through the tower. Hundreds of lore books and scattered pieces of information slowly reveal the history of Artara as your party of adventurers approach their fate.

DEEP TACTICAL REAL-TIME COMBAT WITH PAUSE OR SLOW-TIME
Take ultimate strategic control of each battle with the Arrow-Time combat system that slows the action down to a crawl or pauses it. Plan ahead and position your party where you need them for ultimate effect. Use Arrow-Time to react to new threats, deploy devastating new spells and attacks and counter enemy attacks. No two encounters are ever the same. On harder difficulties - look at each battle as a tactical puzzle.

7 Unique character classes, each with different strengths and weaknesses.

Skill Gestures - draw some of the skills as you want.

Gravity manipulation – leap large distances to scatter your enemies or draw them in.

150 enemies with unique skills and tactics.

Face 50 Bosses wielding a diverse range of skills and spells.

Multiple combat modes ensure that theres plenty of variety and fresh challenges ahead.

Travel through hand-crafted levels that have been carefully designed to challenge you.

Combat Challenges, designed to test your tactical and party-building skills.

Where can I buy a Tower of Time Key?

With GameGator, you are able to compare 15 deals across verified and trusted stores to find the cheapest Tower of Time Key for a fair price. All stores currently listed have to undergo very specific testing to ensure that customer support, game deliveries, and the game keys themselves are of the highest quality. To sweeten the deal, we offer you specific discount codes, which you will not be able to find anywhere else. This allows us to beat all competitor prices and provide you with the cheapest, most trustworthy deals. If the current cheapest price of $0.69 for Tower of Time is too high, create a price alert and we will alert you through email, SMS, or discord the moment the Tower of Time price matches your budget.

Can I play Tower of Time immediately after the purchase?

What store should I choose for the best Tower of Time Deal?