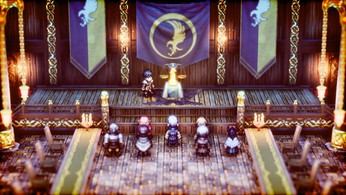 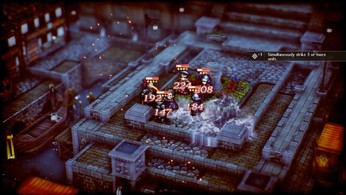 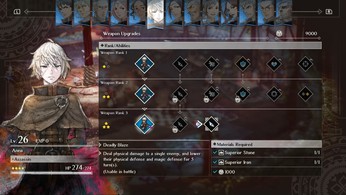 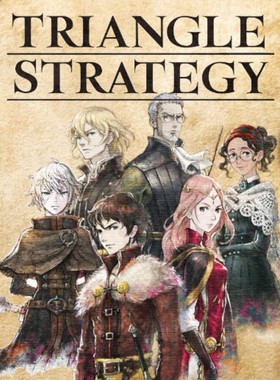 Three mighty powers have long waged war on the great continent of Norzelia.

This land bears a long and scarred history that includes the Saltiron War, a war that erupted over control of salt and iron resources. A balance of power has been achieved between the Holy State of Hyzante, which controls the salt, the Grand Dutchy of Aesfrost, a land of iron clad in frost and snow, and the forested Kingdom of Glenbook, which lies nestled between the other two powers.

However, a certain incident shakes the balance between these three powers, which then begins to crumble away...

Various actions and choices within the game will build up to form your conviction, based on three sets of values - Utility, Morality, and Liberty.

This will affect your path through the story and which allied units will join your cause. Important decisions that will decide the fate of the protagonist and his allies will be determined through a vote using the Scales of Conviction.

For the player to assert their own opinion, they must convince their allies. Choices with a profound impact on the destinies of the group will likewise have a major impact on the story. It will be crucial to use the terrain and differences in elevation to position yourself advantageously.

Where can I buy a TRIANGLE STRATEGY Key?

With GameGator, you are able to compare 14 deals across verified and trusted stores to find the cheapest TRIANGLE STRATEGY Key for a fair price. All stores currently listed have to undergo very specific testing to ensure that customer support, game deliveries, and the game keys themselves are of the highest quality. To sweeten the deal, we offer you specific discount codes, which you will not be able to find anywhere else. This allows us to beat all competitor prices and provide you with the cheapest, most trustworthy deals. If the current cheapest price of $37.61 for TRIANGLE STRATEGY is too high, create a price alert and we will alert you through email, SMS, or discord the moment the TRIANGLE STRATEGY price matches your budget.

Can I play TRIANGLE STRATEGY immediately after the purchase?

What store should I choose for the best TRIANGLE STRATEGY Deal?