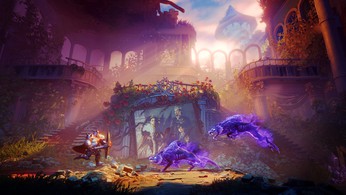 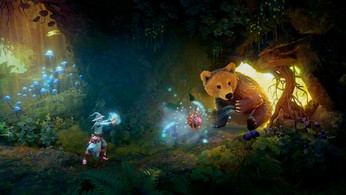 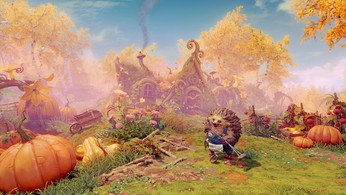 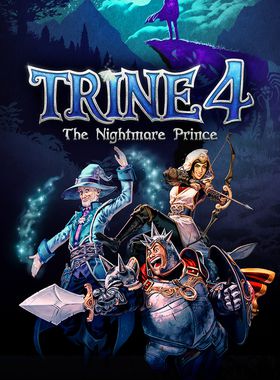 About Trine 4: The Nightmare Prince

Prince Selius is hunted by Nightmares. Thats a problem, because the boy is magically gifted and his dark fantasies become reality. Your task is to track him down, with the help of knight Pontius, thief Zoya, and wizard Amadeus. You'll have to master all sorts of tricky puzzles using the game's sophisticated physics engine. Each of the three heroes has a special role to play. Amadeus can create blocks and lift various items into the air, Zoya is equipped with a bow and can tension ropes using grappling hooks, while Pontius does not only shine with his fighting power but also his magical shield. The beauty of it: Each puzzle can be solved in different ways. In order to loosen up the gameplay, you often have to fight against the nightmares of Prince Selius. If such conflict is initiated, various platforms appear on screen, offering the player various tactical possibilities. In addition, various boss fights take the form of the greatest fears of the three protagonists. These battles are about analysing the opponent's weakness and exploiting it with the help of the hero's abilities. The crux of the matter: Even if you play together, you all embody the same hero and can't get reinforcements from the other characters.

Trine 4: The Nightmare Prince brings back the Jump'n'Run series. Breathtakingly beautiful and colourful, with lovingly placed details, the game grabs you from the first minute. Enjoy familiar fun jumping around with three playable heroes, spiced up with fights, numerous puzzles, and funny physics.

Where can I buy a Trine 4: The Nightmare Prince Key?

With GameGator, you are able to compare 35 deals across verified and trusted stores to find the cheapest Trine 4: The Nightmare Prince Key for a fair price. All stores currently listed have to undergo very specific testing to ensure that customer support, game deliveries, and the game keys themselves are of the highest quality. To sweeten the deal, we offer you specific discount codes, which you will not be able to find anywhere else. This allows us to beat all competitor prices and provide you with the cheapest, most trustworthy deals. If the current cheapest price of $3.63 for Trine 4: The Nightmare Prince is too high, create a price alert and we will alert you through email, SMS, or discord the moment the Trine 4: The Nightmare Prince price matches your budget.

Can I play Trine 4: The Nightmare Prince immediately after the purchase?

What store should I choose for the best Trine 4: The Nightmare Prince Deal?