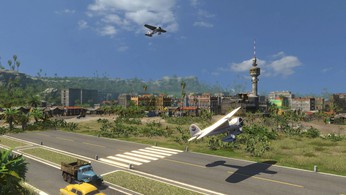 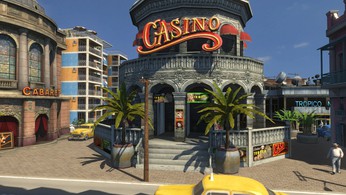 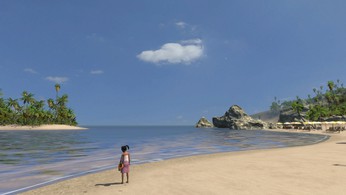 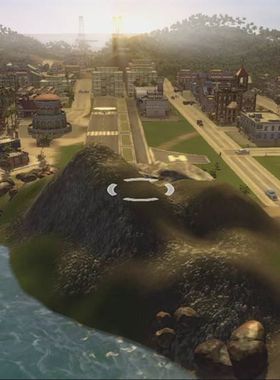 "Tropico 3" is, as the name suggests, the sequel to the popular business simulation released in 2009. As in the previous games, the player's task is to take over the presidency of a small, medium, or vast island paradise and lead it to fame and prosperity through more or less skillful economic activities. The first mission starts with taking over a small island. The player chooses one of many avatars with different characteristics or creates a dictator according to his own ideas. Well-known revolutionaries or dictators with their unique features serve as models for the game characters, each of which has a different effect on the game. The course of the game can be roughly described as follows: From a bird's eye view, the player views a tropical island in real-time mode; he can equip it with buildings, roads, or other infrastructure measures to influence life on the island, e.g., residential buildings, hotels, hospitals, etc. In addition, the player can influence life on the island through political and diplomatic decisions. For example, the wages of the workers have to be fixed, election promises have to be made, or the relations with the USA or the USSR have to be maintained. As a unique innovation, it is also possible for the player to tax his previously chosen avatar in the game and thus also to exert influence. "Tropico 3" is a successful continuation of the popular strategy series, with excellent graphics and decent sound. The game fun is given by various design and action possibilities.

Where can I buy a Tropico 3 Special Edition Key?

With GameGator, you are able to compare 5 deals across verified and trusted stores to find the cheapest Tropico 3 Key for a fair price. All stores currently listed have to undergo very specific testing to ensure that customer support, game deliveries, and the game keys themselves are of the highest quality. To sweeten the deal, we offer you specific discount codes, which you will not be able to find anywhere else. This allows us to beat all competitor prices and provide you with the cheapest, most trustworthy deals. If the current cheapest price of $1.46 for Tropico 3 is too high, create a price alert and we will alert you through email, SMS, or discord the moment the Tropico 3 price matches your budget.

Can I play Tropico 3 Special Edition immediately after the purchase?

What store should I choose for the best Tropico 3 Special Edition Deal?