Two Worlds 2 - Echoes of the Dark Past 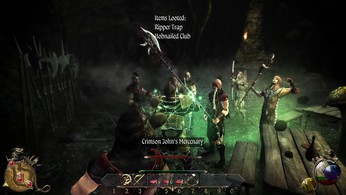 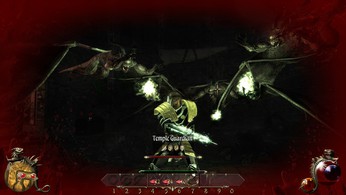 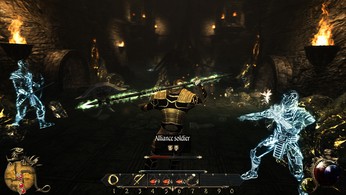 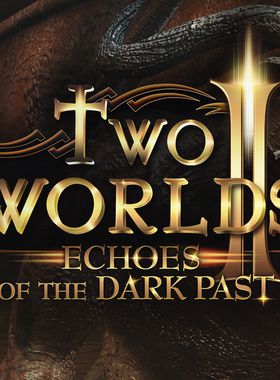 Two Worlds 2 - Echoes of the Dark Past

About Two Worlds 2 - Echoes of the Dark Past

Return to Antaloor in a brand-new, three-map multiplayer adventure that bridges the events of "Two Worlds II" and "Call of the Tenebrae"!

Even in the darkness that has enshrouded Antaloor, old friendships burn brightly! When Doctor Lavarius, your old friend from Veneficus University in New Ashos sends you an unexpected letter asking for help, you quickly rush to his aid... and the riches that usually follow his schemes!

It seems that the good Doctor has learned of some curiously abandoned structures located deep in the forgotten Eastern Regions. Local legends claim that they were built by the Tenebrae, the cursed order of vile monks who once mercilessly ruled Antaloor with an iron fist. The legends also say that no human has entered these structures since the Order perished centuries ago... and that a great source of ancient evil still exists deep in their depths, located in an underground lair! But those are just legends!

No one truly believes those childish tales! Besides, the stories were likely created to scare off intrepid explorers looking to uncover the priceless Tenebrae artifacts and secrets. Perhaps there are even lost Tenebrae technologies down there, worth more than a mine full of gold! Come to think of it, you'd better hurry; the University has more leaks than a rotten boat and there's no telling how many cutthroats and treasure hunters have already heard about the doctor's discovery.

Where can I buy a Two Worlds 2 - Echoes of the Dark Past Key?

With GameGator, you are able to compare 4 deals across verified and trusted stores to find the cheapest Two Worlds 2 - Echoes of the Dark Past Key for a fair price. All stores currently listed have to undergo very specific testing to ensure that customer support, game deliveries, and the game keys themselves are of the highest quality. To sweeten the deal, we offer you specific discount codes, which you will not be able to find anywhere else. This allows us to beat all competitor prices and provide you with the cheapest, most trustworthy deals. If the current cheapest price of $0.69 for Two Worlds 2 - Echoes of the Dark Past is too high, create a price alert and we will alert you through email, SMS, or discord the moment the Two Worlds 2 - Echoes of the Dark Past price matches your budget.

Can I play Two Worlds 2 - Echoes of the Dark Past immediately after the purchase?

What store should I choose for the best Two Worlds 2 - Echoes of the Dark Past Deal?