Tzar: The Burden of the Crown 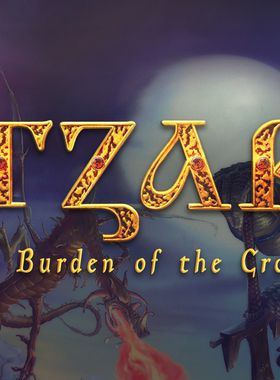 Tzar: The Burden of the Crown

About Tzar: The Burden of the Crown

Tzar: The Burden of the Crown is an RTS classic by Haemimont Games, originally released in 2000. A sinister evil has come to the peaceful kingdom of Keanor, a land of beauty, mystery and magic. The Palace lies in ruins as armies of malevolent warriors sweep through the countryside while the once-proud Imperial Guard cowers in fear. The citizens of Keanor flee their homes in terror, praying for the rise of the one true leader who, it was foretold, would lead them against the armies of darkness. Are you the hero they seek?

Tzar puts you at the heart of the battle of good versus evil. Set in the real-time fantasy world of Keanor, where the sword is the law of the land, it is up to you to stop the armies of evil. Recruit, train and command vast armies of Knights and Archers, and build fantastic weapons to smash enemy defenses. Train your Wizards to unleash their arcane powers against your foes, or conjure mighty Dragons, Jinni, and Undead to do your bidding. Can you carry the burden of the crown?

Where can I buy a Tzar: The Burden of the Crown Key?

With GameGator, you are able to compare deals across verified and trusted stores to find the cheapest Tzar: The Burden of the Crown Key for a fair price. All stores currently listed have to undergo very specific testing to ensure that customer support, game deliveries, and the game keys themselves are of the highest quality. To sweeten the deal, we offer you specific discount codes, which you will not be able to find anywhere else. This allows us to beat all competitor prices and provide you with the cheapest, most trustworthy deals. If the current cheapest price of $1.49 for Tzar: The Burden of the Crown is too high, create a price alert and we will alert you through email, SMS, or discord the moment the Tzar: The Burden of the Crown price matches your budget.

Can I play Tzar: The Burden of the Crown immediately after the purchase?

What store should I choose for the best Tzar: The Burden of the Crown Deal?