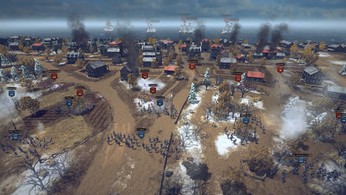 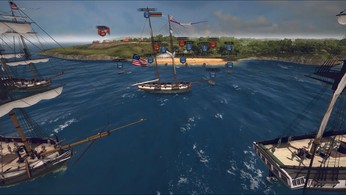 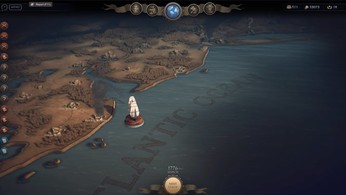 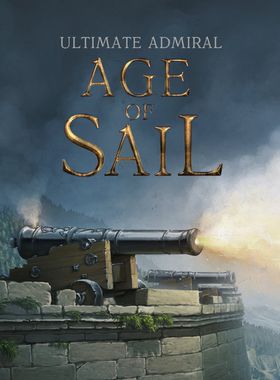 About Ultimate Admiral: Age of Sail

Ultimate Admiral: Age of Sail is a unique wargame allowing you to experience the best of the Ultimate Series AI and tactical engine in naval, land, and combined arms landing operations. Taking the role of a famous commander, you will be at the heart of the historical battles and events.

In the British Campaign, you will follow Horatio's Nelson journey from midshipman on the shores of Central America to the admiral who defeated the great armada in the battle of Trafalgar.

In the American campaign, you will play the role of John Paul Jones, participate in the War of Independence and stand at the origins of the United States Navy winning freedom for your country.

Individual wind plans are based on each ship's rigging. Realistic sailing physics replicates the behavior of actual ships where yard position changes based on the chosen course and direction of the wind. When at full sail your relative position to the wind can cause your ship to roll and block your guns from firing effectively. Moving with full sails in strong winds can also capsize your ship. When sailing against the wind ships can be pushed backward.

Unique aiming system where you can assign a target to focus your gunner's aim on any part of a ship. A detailed damage model allows for the destruction of all ship components. Realistic ballistics and impact physics that account for energy, penetration, obstacles, and ricochets. Thickness based planking system where protection degrades as the planking is damaged. Planking penetration is also influenced by shot angle and material quality.

Where can I buy a Ultimate Admiral: Age of Sail Key?

With GameGator, you are able to compare 10 deals across 6 verified and trusted stores to find the cheapest Ultimate Admiral: Age of Sail Key for a fair price. All stores currently listed have to undergo very specific testing to ensure that customer support, game deliveries, and the game keys themselves are of the highest quality. To sweeten the deal, we offer you 3 specific discount codes, which you will not be able to find anywhere else. This allows us to beat all competitor prices and provide you with the cheapest, most trustworthy deals. If the current cheapest price of $28.49 for Ultimate Admiral: Age of Sail is too high, create a price alert and we will alert you through email, SMS, or discord the moment the Ultimate Admiral: Age of Sail price matches your budget.

Can I play Ultimate Admiral: Age of Sail immediately after the purchase?

What store should I choose for the best Ultimate Admiral: Age of Sail Deal?