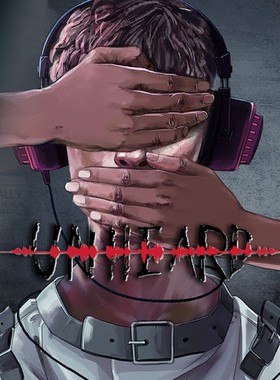 Localizing Unheard not only involves translating text from one language to another, but requires native script writers and actors to rewrite the story and remake the audio recordings. In addition, our designers and programmers would have to remake the audio tracks in the game engine. Based on the unique nature of Unheard, we would essentially be remaking the entire game from scratch to accommodate a DLC in English or any other language.

We understand this will make it difficult for those who are not fluent in Chinese to get the most out of the DLC, but we do not want to sacrifice the quality of our game by releasing a localized version that is not up to our standards. As a result, we decided not to release an English version at this time.

We will continue exploring alternative solutions and we hope to begin developing an English version for Unheard in the future. We appreciate you sticking with us and thank you for your continued support.

Where can I buy a Unheard Key?

With GameGator, you are able to compare 4 deals across 2 verified and trusted stores to find the cheapest Unheard Key for a fair price. All stores currently listed have to undergo very specific testing to ensure that customer support, game deliveries, and the game keys themselves are of the highest quality. To sweeten the deal, we offer you specific discount codes, which you will not be able to find anywhere else. This allows us to beat all competitor prices and provide you with the cheapest, most trustworthy deals. If the current cheapest price for Unheard is too high, create a price alert and we will alert you through email, SMS, or discord the moment the Unheard price matches your budget.

Can I play Unheard immediately after the purchase?

What store should I choose for the best Unheard Deal?