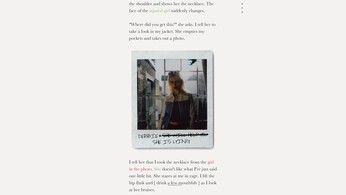 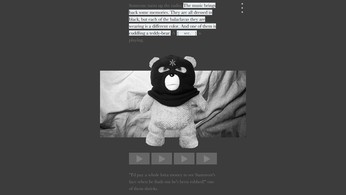 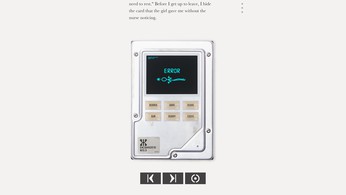 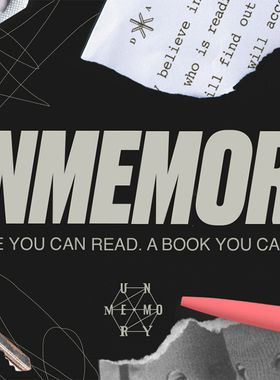 Unmemory lives at the intersection of literature and game. You need to read to overcome challenging puzzles and move forward in a thriller story where image, sound and interactive functions are carefully interwoven into the narrative.

The result is an experience that tests your ability to solve a mystery, but above all that makes you feel inside the story. Unmemory tells the story of a person who is tracking down the man who murdered his girlfriend, a member of a band of lady thieves. The difficulty, however, of locating the murderer is compounded by the fact that he suffers from a rare, untreatable form of memory loss. Using notes, pictures and recorded messages he will have to solve the mystery and maybe, just maybe, discover an uncomfortable truth in this thriller story set in the 90s about a girl gang and a broken mind. Unmemory innovates mixing interactive reading, story and puzzle mechanics along 8 chapters and 8 hours of gameplay.

Where can I buy a Unmemory Key?

With GameGator, you are able to compare 7 deals across verified and trusted stores to find the cheapest Unmemory Key for a fair price. All stores currently listed have to undergo very specific testing to ensure that customer support, game deliveries, and the game keys themselves are of the highest quality. To sweeten the deal, we offer you specific discount codes, which you will not be able to find anywhere else. This allows us to beat all competitor prices and provide you with the cheapest, most trustworthy deals. If the current cheapest price of $0.77 for Unmemory is too high, create a price alert and we will alert you through email, SMS, or discord the moment the Unmemory price matches your budget.

Can I play Unmemory immediately after the purchase?

What store should I choose for the best Unmemory Deal?