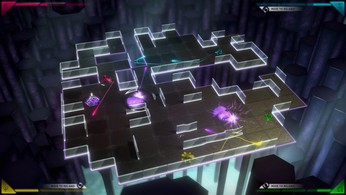 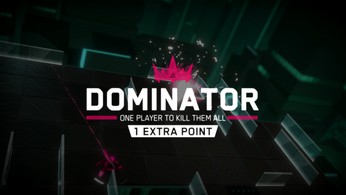 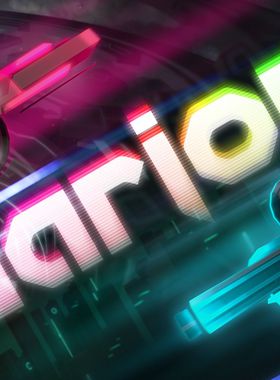 Varion is a 3D arcade-action top-down brawler, featuring couch multiplayer battles for 1 to 4 players. Set in a futuristic universe, it allows the players to control robots fighting in a infinite amount of booby-trapped, procedurally generated arenas during restless, fast-paced battles.

Varion relies on a simple yet genuine key idea: to destroy his opponents, the player must use bounce shots (direct shots only stunning them), by taking advantage of an ever-changing environment. Ammo is limited, and must be reloaded by moving, in a dynamo-like principle, preventing players from camping. Besides over-simplified dual-stick controls providing easy handling for any type of player, Varion offers advanced features such as the Dash move, counterattack, special actions and various powerups allowing skilled players to develop combat techniques based on quick reflexes, terrain analysis and gameplay mastering.

The Battle and Tournament modes are also enriched with a modular match configuration tool, offering numerous rules and options which will utterly change the battles' stake and experience. Besides usual presets, players can set their own fine tunings and create totally customized battles. Finally, a solo/co-op Dungeon mode allows players to face hordes of increasingly dangerous bots in order to unlock new environments, sharpen their skills and beat their hi-scores.

Where can I buy a Varion Key?

With GameGator, you are able to compare deals across verified and trusted stores to find the cheapest Varion Key for a fair price. All stores currently listed have to undergo very specific testing to ensure that customer support, game deliveries, and the game keys themselves are of the highest quality. To sweeten the deal, we offer you specific discount codes, which you will not be able to find anywhere else. This allows us to beat all competitor prices and provide you with the cheapest, most trustworthy deals. If the current cheapest price of $4.99 for Varion is too high, create a price alert and we will alert you through email, SMS, or discord the moment the Varion price matches your budget.

Can I play Varion immediately after the purchase?

What store should I choose for the best Varion Deal?