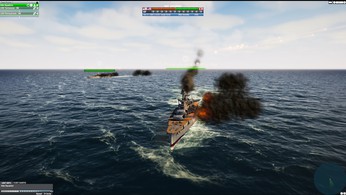 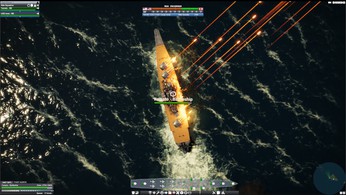 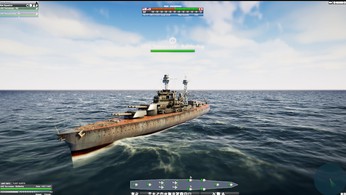 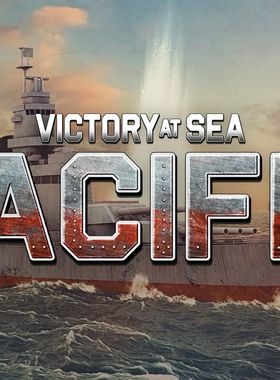 About Victory At Sea Pacific

Plan your own campaign in Victory at Sea Pacific. Victory at Sea Pacific - the game of naval combat during the Second World War where a player can switch between commanding the entire Pacific theatre to zooming down to take control of individual ships and flights of planes. Fire the torpedoes from your submarine wolf pack or step onto the Bridge to direct your fleets and change the course of the war.

Bringing an epic approach to real time strategy war gaming, players develop their own story with an open world sandbox mechanic in a desperate attempt to win the World War 2. The game sees you to take part in a nerve wracking game of cat and mouse as you scour the seas in search of enemy fleets and send submarines to strangle their supply lines.

In Victory at Sea Pacific you can covertly recon enemy positions and launch a large scale amphibious assault by sea and air against the chosen targets. Fighting a coastal invasion brings together large numbers of ships from landing craft of various types, to multiple flights of aircraft and mighty ships to bombard the enemy positions in an attempt to capture key objectives from the enemy.

Where can I buy a Victory At Sea Pacific Key?

With GameGator, you are able to compare 11 deals across verified and trusted stores to find the cheapest Victory At Sea Pacific Key for a fair price. All stores currently listed have to undergo very specific testing to ensure that customer support, game deliveries, and the game keys themselves are of the highest quality. To sweeten the deal, we offer you specific discount codes, which you will not be able to find anywhere else. This allows us to beat all competitor prices and provide you with the cheapest, most trustworthy deals. If the current cheapest price of $9.46 for Victory At Sea Pacific is too high, create a price alert and we will alert you through email, SMS, or discord the moment the Victory At Sea Pacific price matches your budget.

Can I play Victory At Sea Pacific immediately after the purchase?

What store should I choose for the best Victory At Sea Pacific Deal?