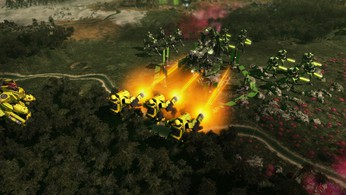 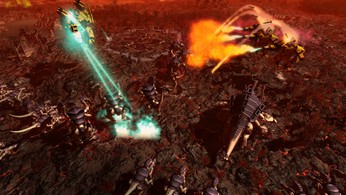 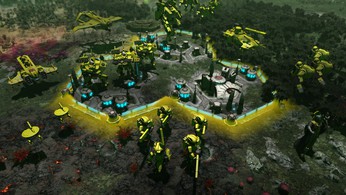 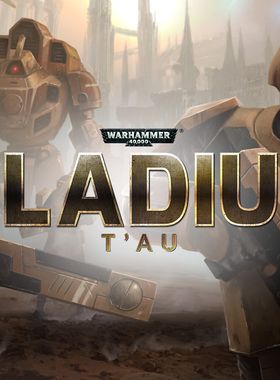 Never have the T'au been so close to extinction. Your homeworlds are surrounded. The Swarm, the machines, Men…To ensure the survival of the T'au, your fleet was dispatched. The Fourth Expansion, to claim new, rich worlds. Yet the warp swallowed us. Your ship emerged alone. War-ravaged. Alien. This was not the paradise promised. Bu you will conquer it. For the T'au. For the Greater Good. For your survival. The T'au Empire joins the fight for the domination of Gladius Prime.

Driven by a constant ambition to expand and spread the word of the Greater Good across the Galaxy, they will seek to assimilate or eliminate all the other opposition races on the planet. With 31 new units, the T'au can deploy an impressive and lethal army. Between swarms of drones and powerful battlesuits, you'll be in no shortage of tactical options. One of the most powerful weapons of the T'au is their ability to seek new allies. They are able to spend influence to convert certain neutral units like Kroot Hounds and the brand new Vespid Stingwing to their cause. The core philosophical concept at the heart of the T'au. Demoralize your opponents and reduce their units' morale to 0 by spending influence.

With GameGator, you are able to compare 13 deals across verified and trusted stores to find the cheapest Warhammer 40000: Gladius - T'au Key for a fair price. All stores currently listed have to undergo very specific testing to ensure that customer support, game deliveries, and the game keys themselves are of the highest quality. To sweeten the deal, we offer you specific discount codes, which you will not be able to find anywhere else. This allows us to beat all competitor prices and provide you with the cheapest, most trustworthy deals. If the current cheapest price of $4.66 for Warhammer 40000: Gladius - T'au is too high, create a price alert and we will alert you through email, SMS, or discord the moment the Warhammer 40000: Gladius - T'au price matches your budget.

Can I play Warhammer 40000: Gladius - T'au immediately after the purchase?

What store should I choose for the best Warhammer 40000: Gladius - T'au Deal?