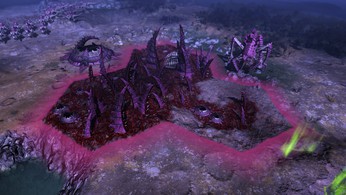 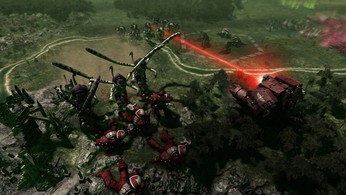 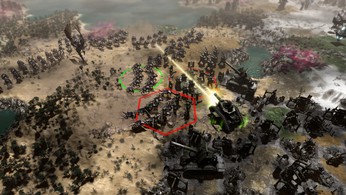 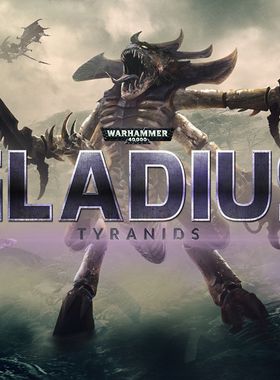 On Gladius Prime, where there were once cities and agriculture... now there is only war. Orks, Necrons, Space Marines and the Astra Militarum vie for control of a dying world. But something worse lurks in the shadows. Feral Tyranids now roam the planets surface, escapees from an Imperial research facility. All life on Gladius will shudder in fear.

For the Great Devourer comes.

Warhammer 40,000: Gladius - Tyranids introduces a new playable race, which joins the fight for Gladius Prime! Thanks to their numerous new gameplay mechanics and features, they are a radically different faction, unlike any other in the game. The distinctive traits of the Tyranids are represented in the way they play. They are a ravenous, hungry swarm. They will consume Gladius Prime!

With GameGator, you are able to compare 12 deals across verified and trusted stores to find the cheapest Warhammer 40000: Gladius - Tyranids Key for a fair price. All stores currently listed have to undergo very specific testing to ensure that customer support, game deliveries, and the game keys themselves are of the highest quality. To sweeten the deal, we offer you specific discount codes, which you will not be able to find anywhere else. This allows us to beat all competitor prices and provide you with the cheapest, most trustworthy deals. If the current cheapest price of $6.79 for Warhammer 40000: Gladius - Tyranids is too high, create a price alert and we will alert you through email, SMS, or discord the moment the Warhammer 40000: Gladius - Tyranids price matches your budget.

Can I play Warhammer 40000: Gladius - Tyranids immediately after the purchase?

What store should I choose for the best Warhammer 40000: Gladius - Tyranids Deal?