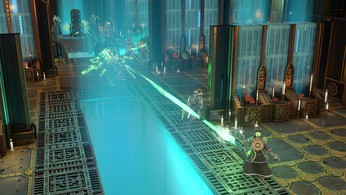 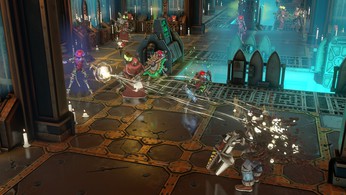 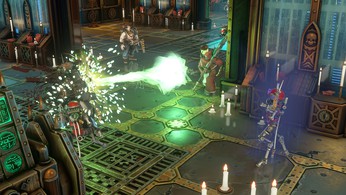 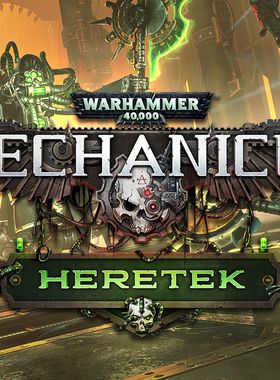 Heretek is the expansion to the critically acclaimed tactical turn-based Warhammer 40, 000: Mechanicus. Opening a whole new plot line, Heretek exposes the dark underbelly of the Adeptus Mechanicus faction like never before. Brand new narrative events have been handcrafted once again by Ben Counter, allowing players to uncover what has brought civil unrest to The Caestus Metalican during its campaign at Silva Tenebris.

Take on frighteningly familiar foes, a cohort of heretek Tech-Priests that have changed their beliefs and forsaken the name of the Omnissiah. Can you, Magos Dominus Faustinius manage both an assault on the Necrons while being corrupted from within? New Discipline to utilise: Unlock the Xenarite. A discipline that is specialised in using xenotech, a largely forbidden practice for those that follow the Omnissiah!

Plus all new augments for you to customise the appearance of your Tech-Priest. 5 new missions: Experience five new missions based in the Ark Mechanicus, each with a new delivery system for narrative. The choices you make will impact the battle for that mission. New weapons to discover: Xeno-altered weapons open up devastating possibilities, coupled with support tech that opens up new play styles.

Where can I buy a Warhammer 40000: Mechanicus - Heretek Key?

With GameGator, you are able to compare 16 deals across verified and trusted stores to find the cheapest Warhammer 40000: Mechanicus - Heretek Key for a fair price. All stores currently listed have to undergo very specific testing to ensure that customer support, game deliveries, and the game keys themselves are of the highest quality. To sweeten the deal, we offer you specific discount codes, which you will not be able to find anywhere else. This allows us to beat all competitor prices and provide you with the cheapest, most trustworthy deals. If the current cheapest price of $1.42 for Warhammer 40000: Mechanicus - Heretek is too high, create a price alert and we will alert you through email, SMS, or discord the moment the Warhammer 40000: Mechanicus - Heretek price matches your budget.

Can I play Warhammer 40000: Mechanicus - Heretek immediately after the purchase?

What store should I choose for the best Warhammer 40000: Mechanicus - Heretek Deal?