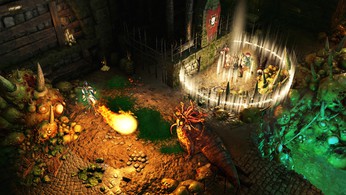 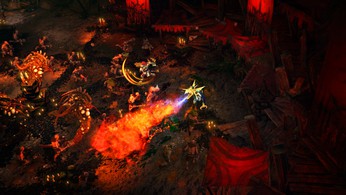 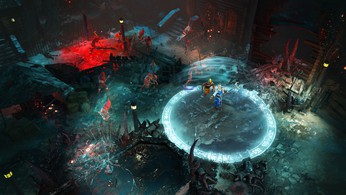 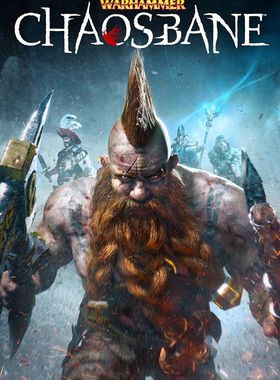 In a world ravaged by war and dominated by magic, you are the last hope for the Empire of Man against the Chaos hordes. Playing solo or with up to 4 in local or online co-op, choose a hero from 4 character classes with unique and complementary skills, and prepare for epic battles wielding some of the most powerful artefacts of the Old World.

The game is the first hack and slash set in the Warhammer Fantasy world, told through an all-new story written by Mike Lee and featuring a soundtrack composed by Chance Thomas. From the sewers of Nuln to the ruined streets of Praag, fight your way through monster hordes using over 180 different powers. Activate your bloodlust, a devastating skill, to escape the most perilous situations. Play 4 character classes, each with unique skills and customisation: a soldier of the Empire who can take heavy damage, a Dwarf specialising in melee combat, a High Elf who deals ranged damage by manipulating magic or a Wood Elf who lays deadly traps and wields the bow like no other!

Where can I buy a Warhammer: Chaosbane Deluxe Edition Key?

With GameGator, you are able to compare 10 deals across verified and trusted stores to find the cheapest Warhammer: Chaosbane Key for a fair price. All stores currently listed have to undergo very specific testing to ensure that customer support, game deliveries, and the game keys themselves are of the highest quality. To sweeten the deal, we offer you specific discount codes, which you will not be able to find anywhere else. This allows us to beat all competitor prices and provide you with the cheapest, most trustworthy deals. If the current cheapest price of $6.56 for Warhammer: Chaosbane is too high, create a price alert and we will alert you through email, SMS, or discord the moment the Warhammer: Chaosbane price matches your budget.

Can I play Warhammer: Chaosbane Deluxe Edition immediately after the purchase?

What store should I choose for the best Warhammer: Chaosbane Deluxe Edition Deal?