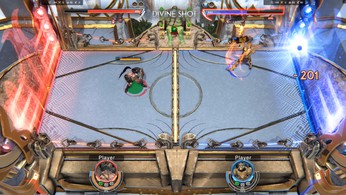 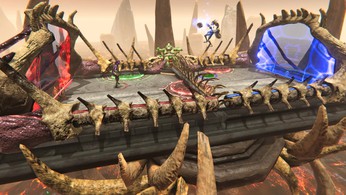 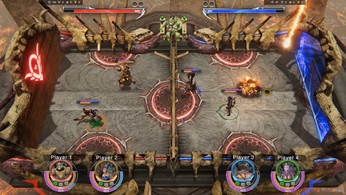 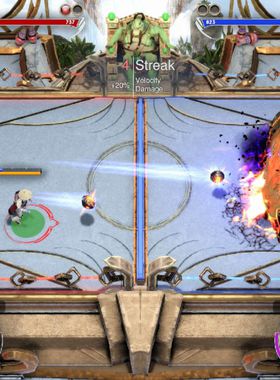 About Way of Redemption

Way of Redemption is a perfect combination of an arcade and a sports video game, with a pinch of MOBA. Classified as a MOSA (Multiplayer Online Sport Arena), it grants you countless hours of action, frenzy and competitiveness game after game. Earn the Gods' redemption by destroying the enemy portal with powerful ball throws, show your skills in the field and crush your opponent using awesome heroes…

You can even try taking their amazing abilities to the next level! Block, jump, run, shoot, and mix defensive and offensive actions to create mighty combos. But don't forget your main goal: protecting your portal.

For hundreds of years, the Gods have organized a tournament in which the winners' redemption was granted. The chosen players, none other than great heroes fallen in disgrace, must honor the Gods by showing their true value.

The legendary ambassadors compete and take up multiple challenges in different arenas, fighting one to one or in groups of two against other alliances. It's their chance to show their talent and unique skills.

In this sport, pantheons compete while Gods enjoy the show. But this is more than a game: it's one of the most epic competitions ever, where their honor and most treasured belongings are at stake.

Redeeming your sins has a price, are you willing to pay it? If you love eSports or want to put your abilities to test, show your skills in Way of Redemption.

Where can I buy a Way of Redemption Key?

With GameGator, you are able to compare 6 deals across verified and trusted stores to find the cheapest Way of Redemption Key for a fair price. All stores currently listed have to undergo very specific testing to ensure that customer support, game deliveries, and the game keys themselves are of the highest quality. To sweeten the deal, we offer you specific discount codes, which you will not be able to find anywhere else. This allows us to beat all competitor prices and provide you with the cheapest, most trustworthy deals. If the current cheapest price of $1.20 for Way of Redemption is too high, create a price alert and we will alert you through email, SMS, or discord the moment the Way of Redemption price matches your budget.

Can I play Way of Redemption immediately after the purchase?

What store should I choose for the best Way of Redemption Deal?