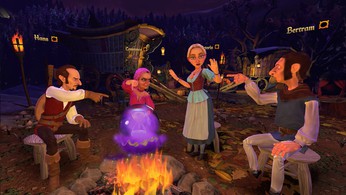 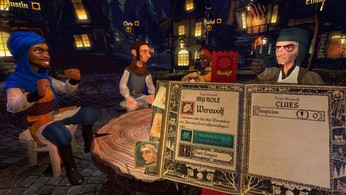 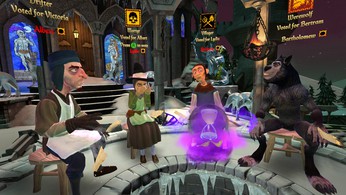 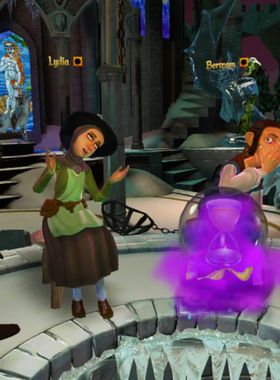 After several attacks on townsfolk, the medieval village of Gallowston has had enough! With a special guidebook in hand, players congregate to vote and eliminate any and all possible werewolves hiding disguised in the village.

Werewolves Within is a fast-paced game of hidden roles and social deduction for five to eight players. In one game, you might be a villager trying their hardest to cleanse the town of werewolves, while minutes later you could be the werewolf, lying and betraying friends in order to survive the vote.

Utilize specific roles and abilities, and the power of persuasion, to assess, deduce, and win the round. Whether playing a vigilant villager or a devious werewolf, no two games are ever the same.

Werewolves Within captures the essence and competitive spirit of playing around the table through VR technology.

Where can I buy a Werewolves Within Key?

With GameGator, you are able to compare 12 deals across verified and trusted stores to find the cheapest Werewolves Within Key for a fair price. All stores currently listed have to undergo very specific testing to ensure that customer support, game deliveries, and the game keys themselves are of the highest quality. To sweeten the deal, we offer you specific discount codes, which you will not be able to find anywhere else. This allows us to beat all competitor prices and provide you with the cheapest, most trustworthy deals. If the current cheapest price of $1.01 for Werewolves Within is too high, create a price alert and we will alert you through email, SMS, or discord the moment the Werewolves Within price matches your budget.

Can I play Werewolves Within immediately after the purchase?

What store should I choose for the best Werewolves Within Deal?