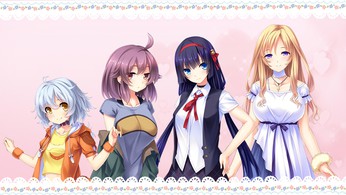 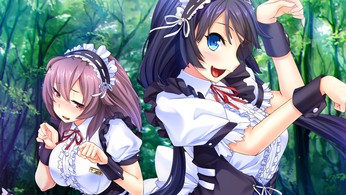 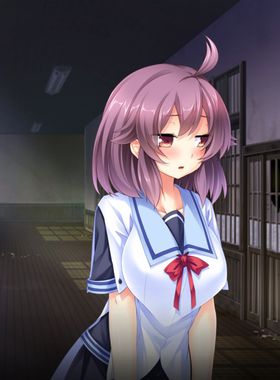 Cherry Kiss Games has acquired the Steam rights to Wild Romance and as our first new product we are excited to bring you Wild Romance: Mofu Mofu Edition, an updated and expanded version of the game. New features include changing screen resolution to 16:9, adding sprite animations and overhauling the UI. The game also includes some additional never before seen in English content. We listened to your comments in the Wild Romance forum and we hope youll be pleased with what weve prepared.

Unhappy with his life in Tokyo, Kazuma returns to his hometown in the Japanese countryside where he reconnects with four female classmates. When the girls accidentally reveal that they are not mere humans but actually magical animal spirits in human form, a journey of discovery and constant flirtation begins.

Sumire is the fox and leader of the pack. She has a motherhood instinct and a deep desire for physical contact. Tsubaki is the cat and second in command. She knows what she wants and shes determined to get it. Aoi is the dog and the youngest of the four. Shes obedient, full of energy and always wanting to please her male companion. The final girl, Nazuna is the tanuki or Japanese raccon. Shes smart with a seductively creative mind but also a bit of a troublemaker.

Follow the story of Kazuma as he learns the hidden secrets of his hometown and discovers the supernatural world. His adventures include mountain picnics, summer festivals, run-ins with the gods and skinny dipping in a natural hot spring. In Japanese folklore, yokai are magical creatures or supernatural spirits and are often an element of fantasy fiction. Norn/Miel, the developer of the game, is a leading Japanese studio with several titles in this style.

Where can I buy a Wild Romance Mofu Mofu Edition Key?

With GameGator, you are able to compare 2 deals across verified and trusted stores to find the cheapest Wild Romance Key for a fair price. All stores currently listed have to undergo very specific testing to ensure that customer support, game deliveries, and the game keys themselves are of the highest quality. To sweeten the deal, we offer you specific discount codes, which you will not be able to find anywhere else. This allows us to beat all competitor prices and provide you with the cheapest, most trustworthy deals. If the current cheapest price of $14.99 for Wild Romance is too high, create a price alert and we will alert you through email, SMS, or discord the moment the Wild Romance price matches your budget.

Can I play Wild Romance Mofu Mofu Edition immediately after the purchase?

What store should I choose for the best Wild Romance Mofu Mofu Edition Deal?

There are many details that you might want to go through before settling on the deal of your choosing. If you are looking for a special Edition, such as Mofu Mofu Edition, you can select these in our menu. When it comes to the actual stores, we made sure that you will never get overcharged/neglected. As we care about your satisfaction, we like to ensure that all deals are legitimate, reliable, and foolproof. On top of that, we make sure all stores affiliated with us have proper refund processes and guarantees and are backed by a competent team to ensure that absolutely nothing will go wrong.