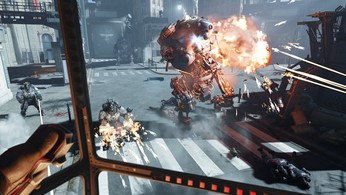 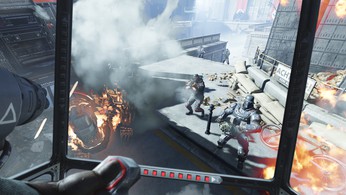 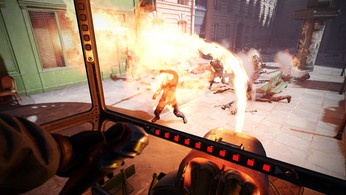 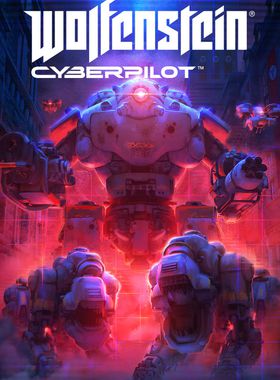 Machine Games, Arkane Studios and Bethesda are busy with the Wolfenstein franchise, because all three are working in parallel on the co-op shooter Youngblood and Wolfenstein: Cyberpilot. This title catapults the series into a new dimension: Players jump into a huge Mech robot with incredible destructive power.

Actually, you are a hacker who has stolen one of the Nazi's mechs and now destroys the fascists. While you have rockets and machine guns in your arsenal, the game is no easy challenge, because the huge amounts of soldiers, mechanical fighters and other Nazi scum do anything in their means to stop you. You might be a giant in armour, but 20 enemies shooting at you at the same time, are sure to do you some damage - but that's what the Wolfenstein franchise is known for.

Where can I buy a Wolfenstein: Cyberpilot Key?

With GameGator, you are able to compare 11 deals across verified and trusted stores to find the cheapest Wolfenstein: Cyberpilot Key for a fair price. All stores currently listed have to undergo very specific testing to ensure that customer support, game deliveries, and the game keys themselves are of the highest quality. To sweeten the deal, we offer you specific discount codes, which you will not be able to find anywhere else. This allows us to beat all competitor prices and provide you with the cheapest, most trustworthy deals. If the current cheapest price of $7.58 for Wolfenstein: Cyberpilot is too high, create a price alert and we will alert you through email, SMS, or discord the moment the Wolfenstein: Cyberpilot price matches your budget.

Can I play Wolfenstein: Cyberpilot immediately after the purchase?

What store should I choose for the best Wolfenstein: Cyberpilot Deal?