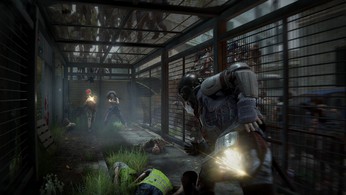 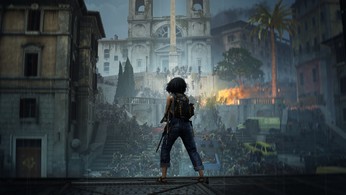 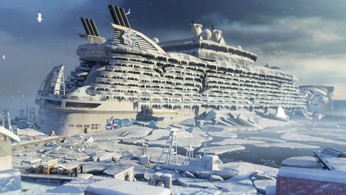 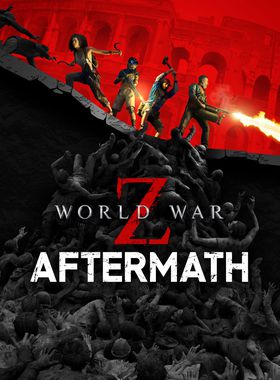 World War Z: Aftermath is the ultimate co-op zombie shooter inspired by Paramount Pictures' blockbuster film, and the next evolution of the original hit World War Z that has now captivated over 15 million players. Turn the tide of the zombie apocalypse on consoles and PC with full cross-play. Join up to three friends or play on your own with AI teammates against hordes of ravenous zombies in intense story episodes across new zombie-ravaged locations around the world. Take back Vatican City in an epic confrontation in Rome, and join forces with survivors in Russia's snowbound Kamchatka peninsula.

Take back Vatican City in an epic confrontation in Rome, and join forces with survivors in Russia's snowbound Kamchatka peninsula in all-new story missions. Play as both new and returning characters as you take the fight to the undead with a brutal new melee system, decimating zekes with unique moves, perks and dual-wield weapon options like the sickle and cleaver. Fend off new undead monstrosities, including swarms of flesh-hungry rats that will unleash total chaos on your team.

Where can I buy a World War Z: Aftermath Key?

With GameGator, you are able to compare 55 deals across verified and trusted stores to find the cheapest World War Z: Aftermath Key for a fair price. All stores currently listed have to undergo very specific testing to ensure that customer support, game deliveries, and the game keys themselves are of the highest quality. To sweeten the deal, we offer you specific discount codes, which you will not be able to find anywhere else. This allows us to beat all competitor prices and provide you with the cheapest, most trustworthy deals. If the current cheapest price of $11.69 for World War Z: Aftermath is too high, create a price alert and we will alert you through email, SMS, or discord the moment the World War Z: Aftermath price matches your budget.

Can I play World War Z: Aftermath immediately after the purchase?

What store should I choose for the best World War Z: Aftermath Deal?