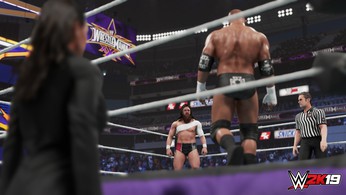 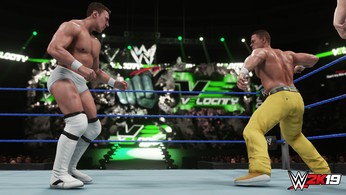 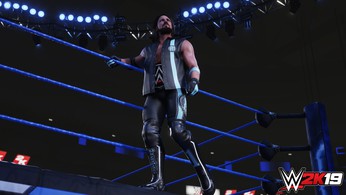 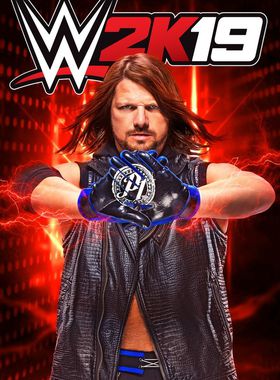 MASSIVE PLAYABLE ROSTER
The WWE 2K19 roster is the biggest yet and loaded with your favorite WWE Superstars, Legends and Hall of Famers alongside your NXT favorites! Play as the WWE Superstars of today, such as AJ Styles, Brock Lesnar, Seth Rollins, Braun Strowman or Shinsuke Nakamura, as well as the legendary 'Stone Cold' Steve Austin, The Rock, AndrÃ© the Giant and more! With more than 200 playable WWE Superstars, the amount of dream matches you can create is nearly unlimited!

With GameGator, you are able to compare 20 deals across verified and trusted stores to find the cheapest WWE 2K19 Key for a fair price. All stores currently listed have to undergo very specific testing to ensure that customer support, game deliveries, and the game keys themselves are of the highest quality. To sweeten the deal, we offer you specific discount codes, which you will not be able to find anywhere else. This allows us to beat all competitor prices and provide you with the cheapest, most trustworthy deals. If the current cheapest price of $17.28 for WWE 2K19 is too high, create a price alert and we will alert you through email, SMS, or discord the moment the WWE 2K19 price matches your budget.

Can I play WWE 2K19 immediately after the purchase?

What store should I choose for the best WWE 2K19 Deal?