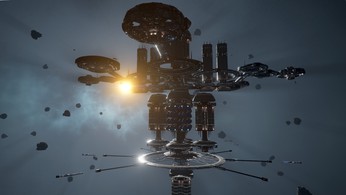 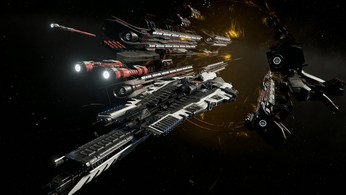 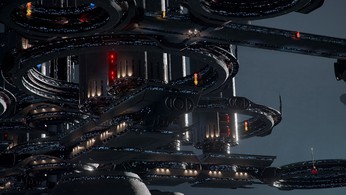 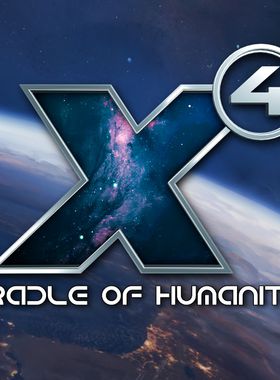 About X4: Cradle of Humanity

X4: Cradle of Humanity, the second big expansion for X4: Foundations, brings the X series back to Earth. While significantly increasing the size of the game's universe with new sectors, the expansion also welcomes two Terran factions to X4: Foundations, along with their economy, ships, weapons and stations. New game-starts introduce the identity and political stance of the Terran factions, as well as give an alternative perspective on existing story developments in X4: Foundations.

X4: Cradle of Humanity also sheds a light on what has happened to Earth in the decades since the jump-gate shutdown. Furthermore, a certain pirate faction that is well known to fans of the series is making a dramatic comeback. X4: Cradle of Humanity is accompanied by the biggest free update to X4: Foundations yet. Update 4. 0 further enhances X4: Foundations in a number of ways, including major new gameplay features (e. g. a new terraforming feature) and wide-ranging visual improvements (e. g. volumetric fog).

Where can I buy a X4: Cradle of Humanity Key?

With GameGator, you are able to compare 15 deals across verified and trusted stores to find the cheapest X4: Cradle of Humanity Key for a fair price. All stores currently listed have to undergo very specific testing to ensure that customer support, game deliveries, and the game keys themselves are of the highest quality. To sweeten the deal, we offer you specific discount codes, which you will not be able to find anywhere else. This allows us to beat all competitor prices and provide you with the cheapest, most trustworthy deals. If the current cheapest price of $7.54 for X4: Cradle of Humanity is too high, create a price alert and we will alert you through email, SMS, or discord the moment the X4: Cradle of Humanity price matches your budget.

Can I play X4: Cradle of Humanity immediately after the purchase?

What store should I choose for the best X4: Cradle of Humanity Deal?