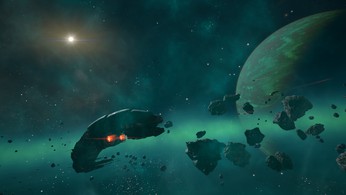 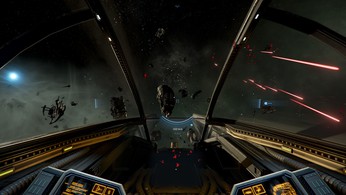 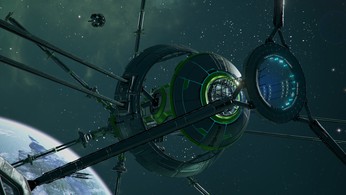 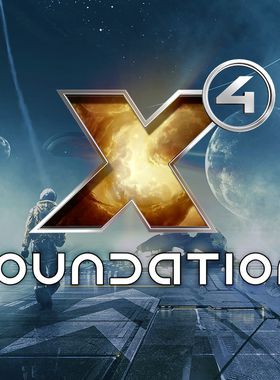 The freedom to fly all ships yourself:

X4 allows you to fly all ships yourself. From the small reconnaissance aircraft to various ship classes to the largest carrier, you can fly anything from the cockpit to the exterior.

When developing X4, the main focus was on creating a seamless and fascinating experience when switching between ships. Just leave your ship, climb down a ladder and go through the docking bay of a large space station to another ship you parked there. You can then simply replace the pilot working for you by clicking on his seat and fly away yourself.

Building space stations and factories has always been the foundation of X games. Once you've earned enough money by trading or fighting, most players want to build their own economy to influence the universe more profoundly. In X4 it is now possible to build stations from different modules with the greatest possible freedom and creativity. This includes production modules, living quarters, docking bays and many others. The powerful map system allows you to easily plug modules together using a connection system. So you can easily create your own unique creations.

Where can I buy a X4: Foundations Collectors Edition Key?

With GameGator, you are able to compare 14 deals across verified and trusted stores to find the cheapest X4: Foundations Key for a fair price. All stores currently listed have to undergo very specific testing to ensure that customer support, game deliveries, and the game keys themselves are of the highest quality. To sweeten the deal, we offer you specific discount codes, which you will not be able to find anywhere else. This allows us to beat all competitor prices and provide you with the cheapest, most trustworthy deals. If the current cheapest price of $31.05 for X4: Foundations is too high, create a price alert and we will alert you through email, SMS, or discord the moment the X4: Foundations price matches your budget.

Can I play X4: Foundations Collectors Edition immediately after the purchase?

What store should I choose for the best X4: Foundations Collectors Edition Deal?