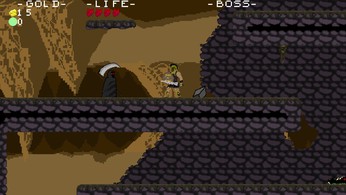 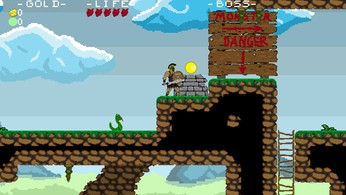 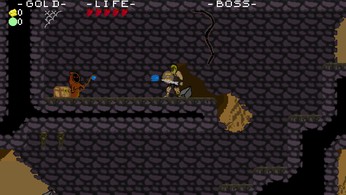 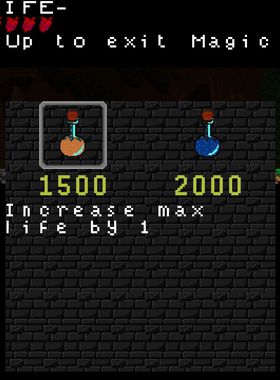 Remember the good old days at the arcade? Spending every last quarter on your favorite video game and still wanting more?Well, you can live those moments again...with infinite quarters!

Fight through forests and caves defeating enemies and collecting gold..

Reach the evil wizards castle and defeat him to save the queen..

In Xenia you will be able to control a blacksmith named ARDAS.

The evil wizard SKOTOS kidnapped queen Xenia in order to use her blood to become powerful.

After the royal army was sent to Troy in aid of King Achilles,

ARDAS has to accomplish a very difficult task. Save the queen at any cost.

The game has been developed by only one person, Dimitrios Floros, after 8 months of work.

It's a side-scrolling Metroidvania style Platform in which you collect gold and use it to buy items from the Magic shop.

Xenia has 12 levels, 7 bosses and makes use of secret rooms and alternative endings.

Progress is being done by checkpoints and gameplay is fast-paced.

Where can I buy a Xenia Key?

With GameGator, you are able to compare deals across verified and trusted stores to find the cheapest Xenia Key for a fair price. All stores currently listed have to undergo very specific testing to ensure that customer support, game deliveries, and the game keys themselves are of the highest quality. To sweeten the deal, we offer you specific discount codes, which you will not be able to find anywhere else. This allows us to beat all competitor prices and provide you with the cheapest, most trustworthy deals. If the current cheapest price for Xenia is too high, create a price alert and we will alert you through email, SMS, or discord the moment the Xenia price matches your budget.

Can I play Xenia immediately after the purchase?

What store should I choose for the best Xenia Deal?