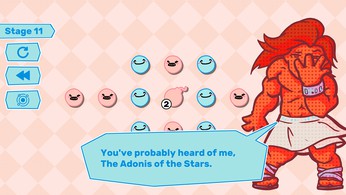 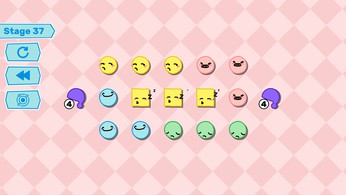 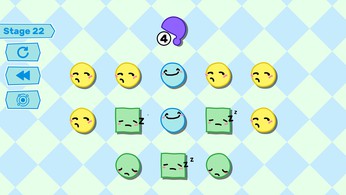 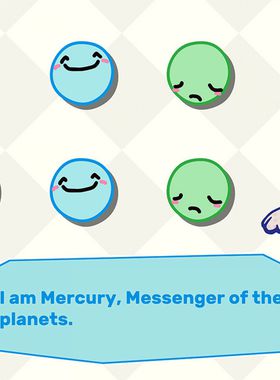 Yuso is a puzzle game where you have to clear the screen of Yuso! The game gets harder as you progress, introducing new colours and gadgets to help or harm you along the way.

Take on the role of a space doctor travelling the Solar System. Moving from planet to planet, meeting the inhabitants and completing their stages. A quirky cast of characters will help you on your journey!

Yuso can look cute but don't let them fool you! Levels get increasingly more difficult and later stages are tough. The game has an open progression system giving you the chance to progress and come back to difficult stages at will.

- 80+ level puzzler that'll take you across the Solar System.
- A cast of fun and quirky characters that you'll meet along the way.
- Clean and beautiful presentation.
- Simple controls, the only thing that's complicated are the puzzles!
- Rewind, step back through a puzzle turn by turn at the push of a button.
- Unique music; each planet has its own theme, bringing the worlds to life.
- An open progression system, it's possible to leave harder levels until later. So don't feel frustrated for getting stuck!

Where can I buy a Yuso Key?

With GameGator, you are able to compare deals across verified and trusted stores to find the cheapest Yuso Key for a fair price. All stores currently listed have to undergo very specific testing to ensure that customer support, game deliveries, and the game keys themselves are of the highest quality. To sweeten the deal, we offer you specific discount codes, which you will not be able to find anywhere else. This allows us to beat all competitor prices and provide you with the cheapest, most trustworthy deals. If the current cheapest price of $7.99 for Yuso is too high, create a price alert and we will alert you through email, SMS, or discord the moment the Yuso price matches your budget.

Can I play Yuso immediately after the purchase?

What store should I choose for the best Yuso Deal?