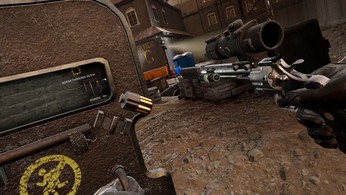 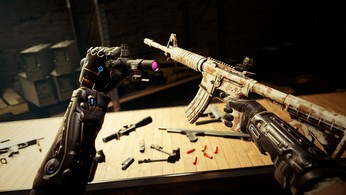 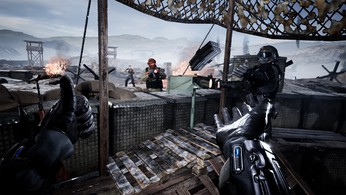 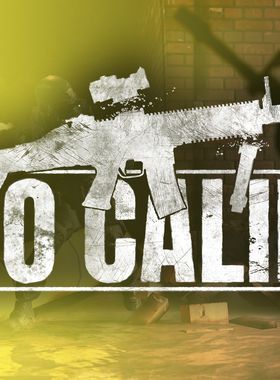 Zero Caliber VR is a first-person tactical shooter developed by XREAL Games exclusively for premium Virtual Reality headsets. The story brings the player to a dystopian United States in the not too distant future where physics-based interaction combined with hyper realistic weapon handling and stunning graphics will make you feel like you're physically part of the action. Fight either alone, or with your friends throughout the whole campaign, which is fully playable in Co-Op. Action-oriented story, gripping gunfights, realistic weapons with an on-the-fly swappable attachment system. Immersion like you've never felt before in a VR military shooter!

Handle, aim and reload your weapons with real-life movements! We modeled the in-game weapons based on their real-life counterparts paying extreme attention to detail. Each weapon has its unique reloading method that you have to learn and practice to fully master them. If you fancy explosions, just grab a grenade and throw it at the enemy. After you pulled the pin of course. Stay in the open for too long and you're dead. Try to find cover instead, duck, crouch, sneak, peek around a corner, clear obstacles with real-life movements.

Where can I buy a Zero Caliber VR Key?

With GameGator, you are able to compare 17 deals across verified and trusted stores to find the cheapest Zero Caliber VR Key for a fair price. All stores currently listed have to undergo very specific testing to ensure that customer support, game deliveries, and the game keys themselves are of the highest quality. To sweeten the deal, we offer you specific discount codes, which you will not be able to find anywhere else. This allows us to beat all competitor prices and provide you with the cheapest, most trustworthy deals. If the current cheapest price of $6.80 for Zero Caliber VR is too high, create a price alert and we will alert you through email, SMS, or discord the moment the Zero Caliber VR price matches your budget.

Can I play Zero Caliber VR immediately after the purchase?

What store should I choose for the best Zero Caliber VR Deal?