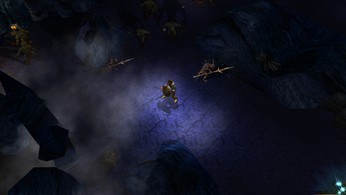 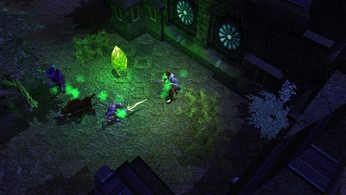 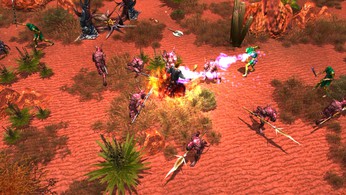 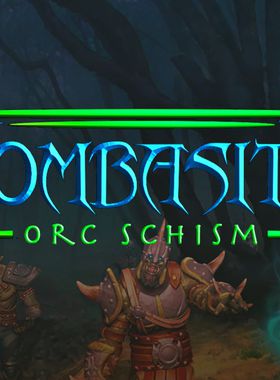 Zombasite: Orc Schism is the first expansion for the unique action RPG, Zombasite. This zombie apocalypse action RPG is set in a dynamic, evolving, fantasy world for Windows, Mac, and Linux. Long ago, when a necromancer attempted to raise Elves he thought to be dead, it went very wrong. Instead of raising an army of zombie slaves, a new race was born.

The irate Orcs ripped the necromancer to shreds. Dormant necromancer magic has protected Orcs from zombie infection ever since, but the Zombasite, a zombie parasite, is intelligent. It has finally learned to break the defensive magic. The new infection swept through the entire Orc population like wildfire. Again it went very wrong. A war raged within each Orc between the Orc blood, the Zombasite, and the original Elven blood.

When the Orc blood won, a Dark Orc arose. With less Elven influence in their physiology, Dark Orcs's aggressiveness and strength intensified, and they expanded their terrible savagery. When the Elven blood won, the new being became one of the Mutated. The Mutated are a new, unstable Elven/Orc race. The Elven heritage has become the dominate part, but they are still corrupted with Orc blood and necromancer magic. This corruption slowly mutates them over time, sometimes in good ways and sometimes bad. No one quite understands the Mutated and everyone fears them.

And finally when the Zombasite won, a Zombie Lord was unleashed. Zombie Lords have full access to the strength of the Orcs and intelligence of the Elves. They are the most powerful and feared Zombies in existence. With three new powerful factions rising up from the ashes of the old Orc race, how will you continue to survive the Zombasite?

Where can I buy a Zombasite - Orc Schism Key?

With GameGator, you are able to compare deals across verified and trusted stores to find the cheapest Zombasite - Orc Schism Key for a fair price. All stores currently listed have to undergo very specific testing to ensure that customer support, game deliveries, and the game keys themselves are of the highest quality. To sweeten the deal, we offer you specific discount codes, which you will not be able to find anywhere else. This allows us to beat all competitor prices and provide you with the cheapest, most trustworthy deals. If the current cheapest price for Zombasite - Orc Schism is too high, create a price alert and we will alert you through email, SMS, or discord the moment the Zombasite - Orc Schism price matches your budget.

Can I play Zombasite - Orc Schism immediately after the purchase?

What store should I choose for the best Zombasite - Orc Schism Deal?