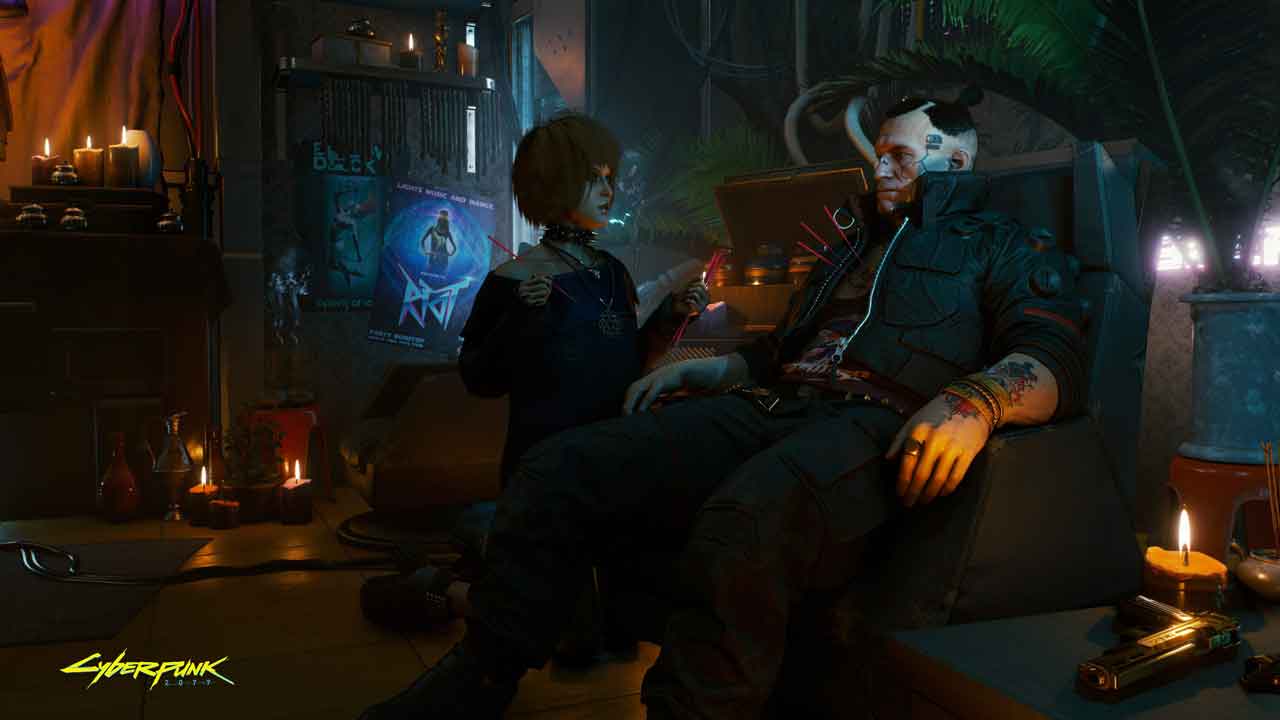 At this years Gamescom, CD Projekt showed a new gameplay demo of the upcoming action role-playing game Cyberpunk 2077 and quest designer Patrick Mills explained that players can expect quests at least as complex as in The Witcher 3.

If you plan to spend a lot of time in the upcoming action RPG, you will probably not be disappointed. Cyberpunk 2077 is based on The Witcher 3 for the length and complexity of the quests. This, above all, means a lot of different solutions and consequences for solving quests.

The developers want to give the players a lot of freedom. While The Witcher 3 had some decision points to choose from, there will be completely different ways to solve the missions in Cyberpunk 2077. If a player can do something, he should be able to. Although this might have consequences with which he has to live. For each mission, the player has several options to choose which faction to trust and whether to resolve an encounter peacefully or by force. Each item of equipment has special attributes and the environment reacts to the player's decisions.

When players ask themselves what the missions in Cyberpunk 2077 will feel like, the designers refer to the quests from the expansions of The Witcher 3. For example, it will be possible to find quest items before you even get the missions, which in turn opens up new possibilities to solve tasks. 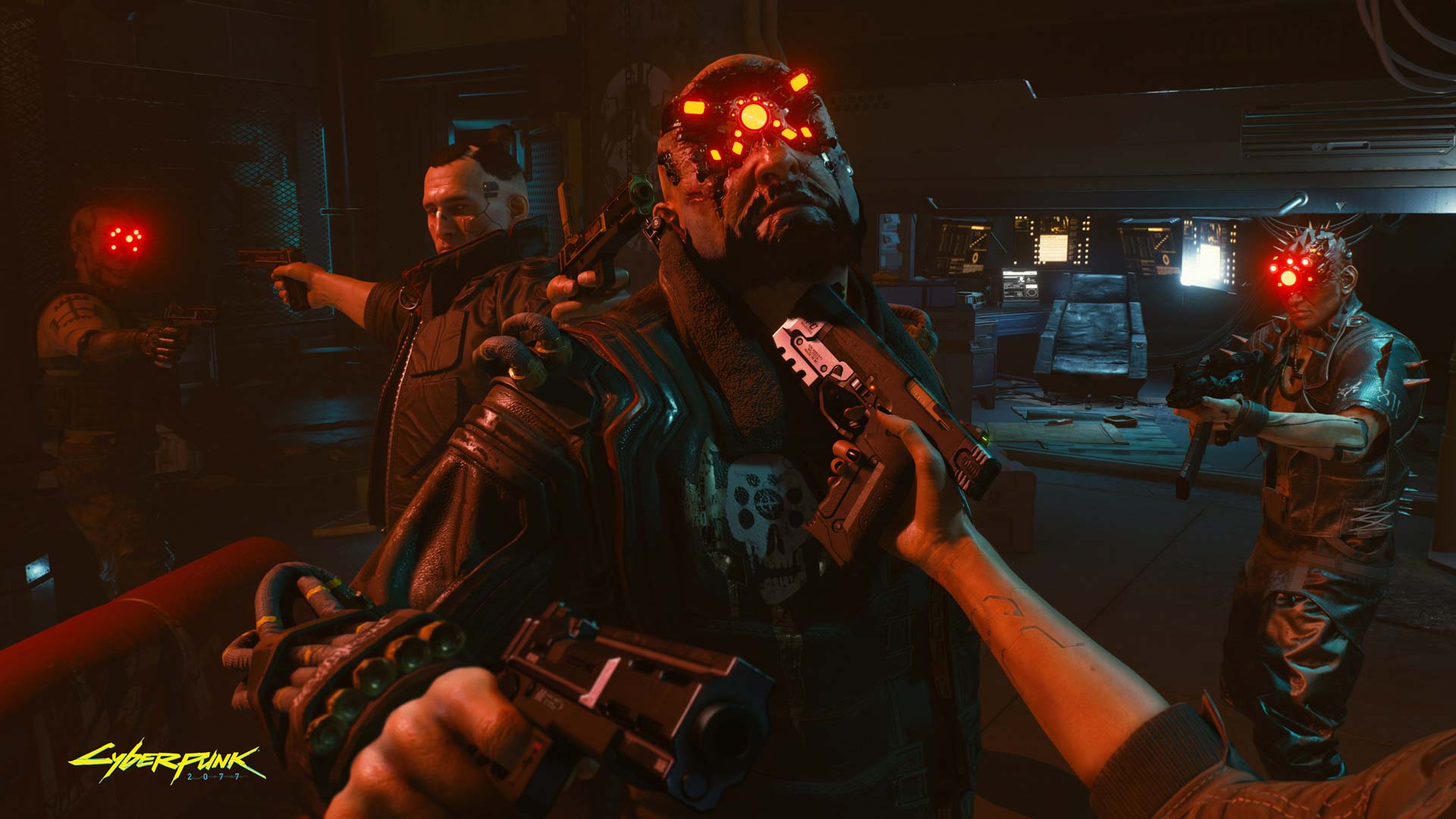 Differences to The Witcher

One of the most important differences compared to The Witcher is the switch to the first-person perspective, which should help immerse the player into the action. However, the game is not only limited to this perspective. When you are driving, for example, you can switch between looking out the cockpit or floating behind the vehicle. Although camera angles also change during story scenes, instead of pre-rendered movie scenes or load interruptions, everything is calculated in real time via the engine.

Compromies for a lower age rating are not to be made

Furthermore, the developers are not afraid to show explicit scenes of violence and sex. In the opinion of Maciej Pietras, the Lead Cinematic Animator of the game, CD Projekt is taking the punk back to cyberpunk. As a result, characters act aggressively in the rough gang world, not as cool as in typical tech-noir thrillers.

Since the body implants of the Cyberpunks have side effects, the characters often resort to inhaling drugs that distort their view and immerse them in bright colours - Compromises for a lower age rating are not to be made. 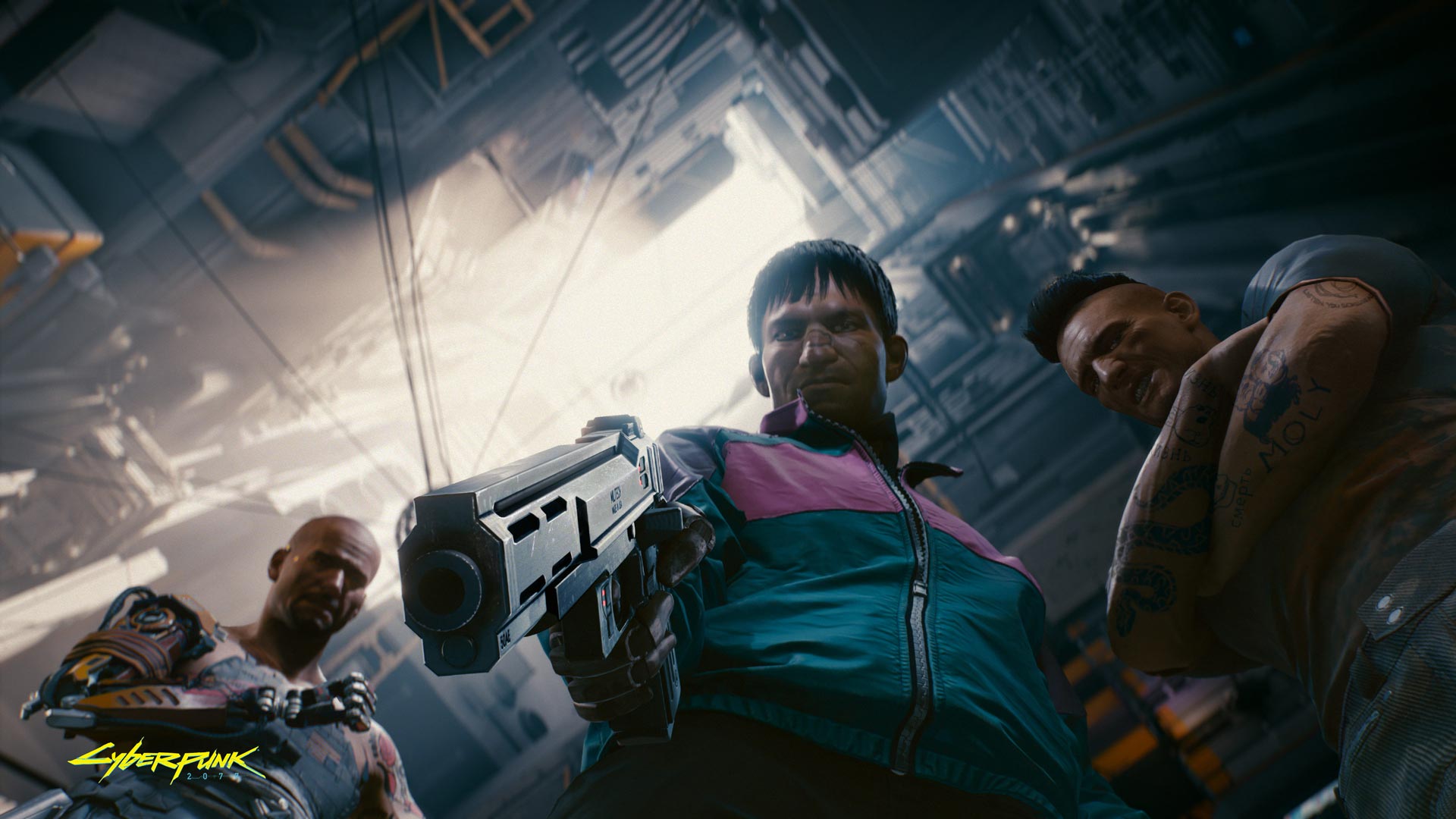 What makes the demonstration at the Gamescom in Cologne stand out, is the high level of detail with which the creators designed the world. The huge pulsating city in which the player is investigating looks run-down and dirty. All buildings and interiors are designed by hand and no procedural elements are used. Graphically, the game can easily keep up with current first-person shooters and boasts elaborate figure and facial animations.

How to survive in Cyberpunk 2077 is up to the player. He does not have to decide on a class at the beginning, but can specialize his character - male or female - in the course of the game. Of course, this affects the voice we hear and the protagonist we see in cinematics. The character editor was also already teased in Cologne, in which players can determine the appearance of the face as well as details about tattoos and implants. This has direct consequences: In the Gamescom presentation the artificial high-tech eyes of the main character glow - which looks as chic as it does eerie. 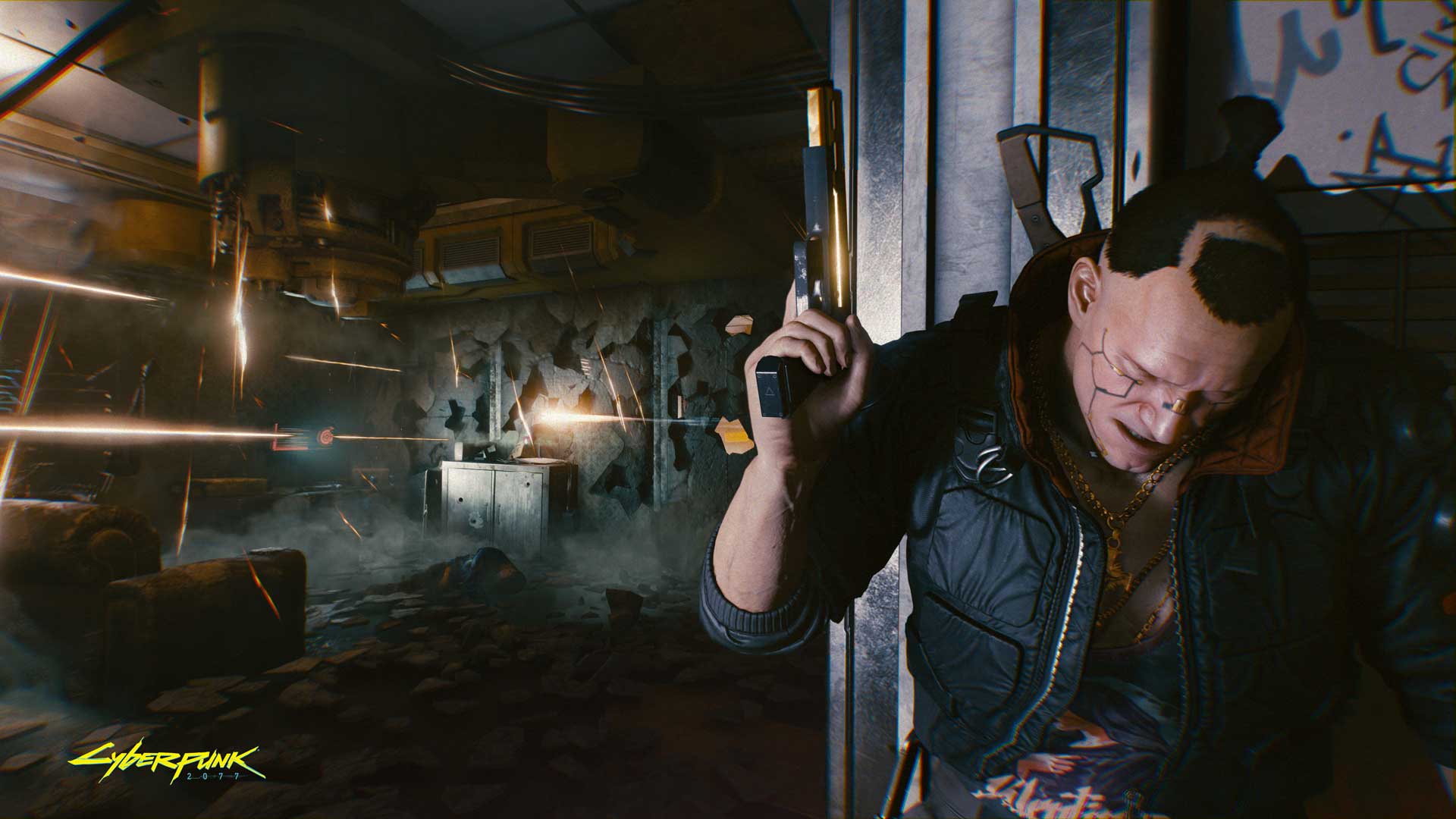 Hacking, also seems to play a major role. In one scene, the opponents use it to link a kind of lie detector directly to the brain of the player's figure. In the dialogues, the player can then decide whether to lie to his opponent or tell the truth.

The quests of Cyberpunk 2077 deliberately address very serious and partly political issues - such as the struggle of the small people against overpowering corporations. Another big issue is that people become objects. In the demo, there is a scene where you find two people in the bathtub - a dead man and a woman to save. But you are not meant to save the woman because she is such a great person, but because she carries valuable implants.

When you leave your apartment in Night City, it becomes apparent how lively the city is. Even in the mega-complex in the Watson district, where protagonist V lives, something seems to be always going on. Police try to break into another apartment, while a few meters away a muscleman is boxing against a robot and receives instructions from his trainer. Advertising boards can be clicked on to show you the shortest way to the advertised product. In that case, a vending machine where you can pull a soda, which will give you a little health boost. 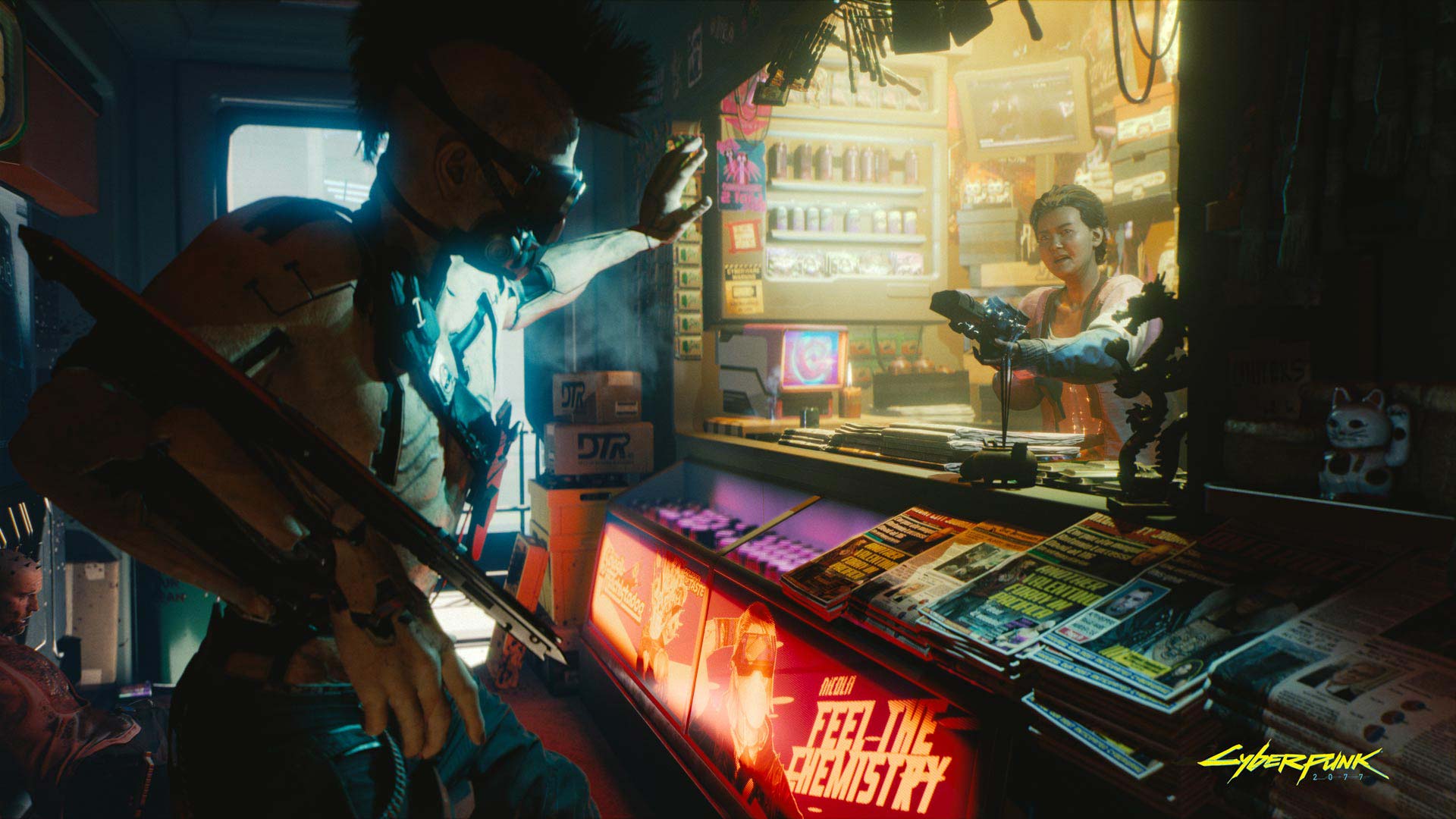 Although the impressions of the game are already excellent, one will probably still have to be patient. There are rumours that the game will not be published in the coming year, but rather in 2020. What is clear though, is that the game will appear on PC and the current generation of Xbox One and PS4 consoles.