Age of Wonders does not only leave its well-known path with the latest part of the franchise but also its entire planet and genre, plunging into the infinite vastness of space. Age of Wonders: Planetfall breaks new ground in two ways. One is so obvious that it hardly needs to be mentioned: The game now takes place in a science fiction universe in the style of Warhammer 40.000, instead of a fantasy world with knights, orcs, and elves. The second significant change is also very fundamental: Planetfall almost wholly cuts off its former Heroes of Might & Magic roots, following a Civilizations formula. You can practically imagine the game as a Civilization game mixed with XCOM battles.

Age of Wonders: Planetfall, however, is not just a clone of Civilizations, especially in the fact that it offers a real campaign, including a branching storyline and a complex tactical combat system comparable to XCOM. As usual, you start the game with a city and an army and first have to explore your surroundings. You then begin to erect buildings, take care of your citizens, research new technologies, and gradually expand your territory. Finally, you meet other races with whom you either enter into diplomatic relations or full out warfare.

When the battle arrives, you can either let your computer take over control, or lead the army into action yourself. The battles are not only influenced by the composition of your army but also by the skilful use of the innumerable abilities of your various units, their armament, armour, and agility and the terrain of your battlefield. Your units should always seek the protection of walls, buildings or trees, whose coverage strenth is even indicated with the same shield symbol as in XCOM. The developers of Triumph Studios have made it no secret of who they have taken their inspiration from.

The six different races, each with more than a dozen different units with unique characteristics, abilities, and equipment, add a lot of depth to the game. Lizards can spray poisonous slime around them, telepaths can convert enemy units to your side, cyborgs can hack mechanical units like tanks and mechs, and the dwarf-like mining specialists can dig into the ground to hide in places where there is no cover. Plant-like units can entangle enemies and lock them in place while flying dinosaurs descend on them from the sky. Even though Paradox is famous for its highly complex hardcore strategy titles, you never feel overwhelmed by the game as a beginner. On the one hand, this is due to the different available levels of difficulty, where the lower end does not require complete knowledge of each game element. On the other hand, you don't have to fight battles yourself. Instead, the CPU plays through the conflict in no time at all. If necessary, you can even look at the replay to see exactly how it achieved the result. As a side effect, however, you might find yourself not fighting the battles yourself and letting the CPU do the work - to save time.

How long does the campaign last?

Another reason why beginners can quickly get into Planetfall beside the game's complexity is its campaign. The campaign offers a playing time of up to 60 hours and more, depending on your gaming style and level difficulty. Although it almost sounds like an exaggeration when the developers call it the tutorial for endless play, they might be right. The heart of Age of Wonders: Planetfall is not the campaign, but the so-called scenario mode. Here, you create a game world and choose a map size, define the number of players, the terrain, climate, and victory conditions. Otherwise, you can decide to play on pre-created planets or let the world map generate itself randomly.

The primary purpose of the campaign is to introduce you to its six different races and their particularities. However, inevitable fatigue becomes noticeable in the long run, as you are always busy with the same processes: build a base, expand territory, form alliances, satisfy natives, raise armies, etc. The endgame, which in Civ-like games is known to be the real strategic challenge, the advanced technologies, higher quality units, different victory conditions, and more difficult diplomatic relations can only be found in the final battles.

Play it your way

Although the story is told in unspectacular text dialogues, it vividly introduces the background setting and the motivations of the various factions and their respective positions in the interstellar conflict. After the empire of the Star Union, which provided peace and prosperity for centuries, had perished, the emerging splintered parties now fight about who can become the new ruler. Not only victory and defeat, but your decisions also influence the course of history.

The insect-like Kir'Ko, for example, were kept as slaves by humans for decades. Are you now striving for a policy of reconciliation with the former oppressors? Or do you have a desire for revenge? As the mining people of the Dvar, do you enter into a dangerous alliance with the morally dubious cyborgs at the risk of them abusing you for their power-hungry needs? Do you become the sole ruler of a planet, or do you destroy it with a super-weapon? Planetfall always gives you the choice of what strategy to pursue, without forcing you to take any action. 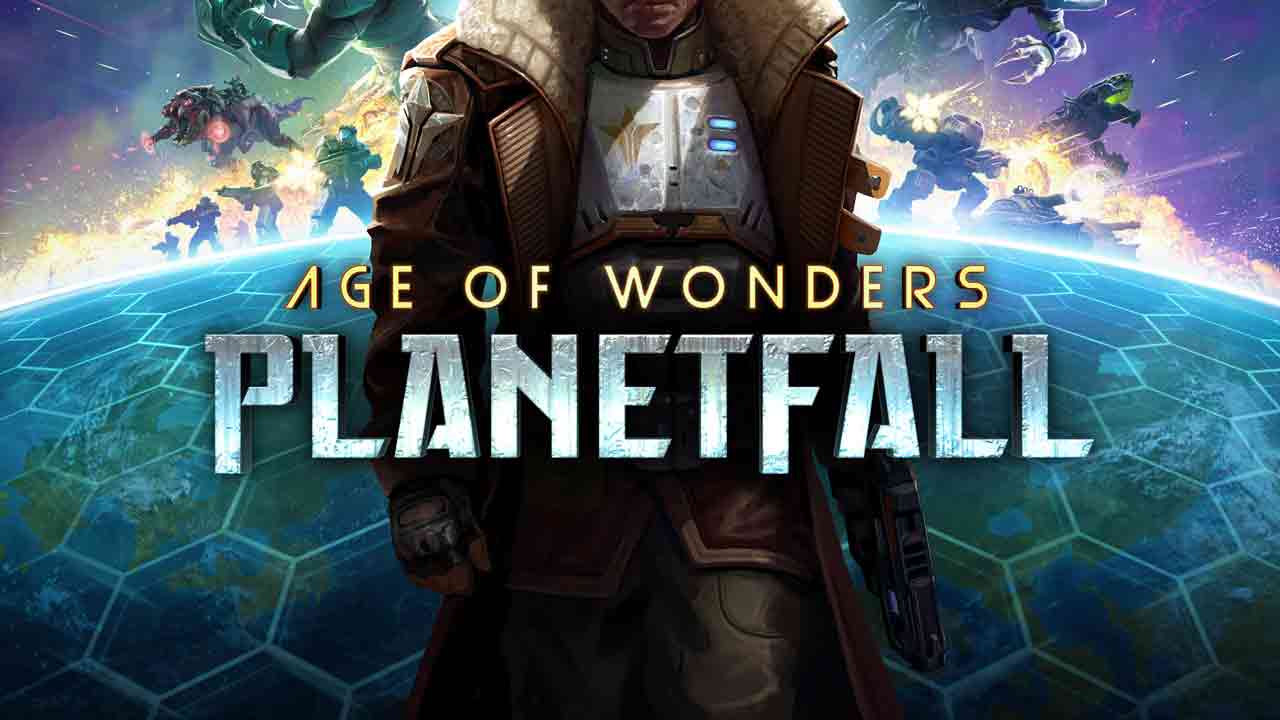 Age of Wonders: Planetfall is the new strategy game of Triumph Studios, the creators of the acclaimed Age of Wonders and Overlord series. Experience exciting, sophisticated turn-based tactical battles and the creation of an entire 4X-style empire in a brand new sci-fi environment on another planet. Rise from the dark cosmic age of a fallen galactic empire to offer a new future to your people.