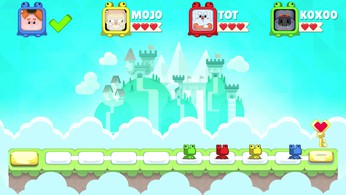 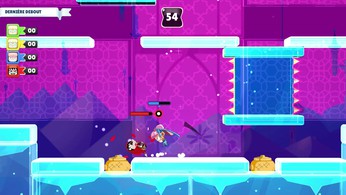 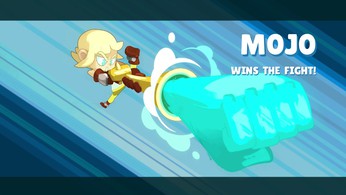 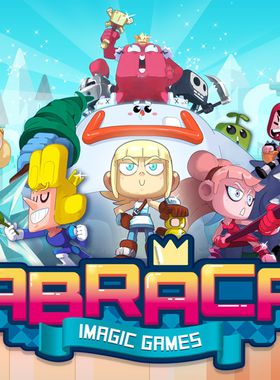 Imagi is the country where fairy tale characters live, with its bad guys and damsels in distress. So much so that becoming prince charming is a treacherous path where the gloves really come off! Two, three or four players all pretend to be princes who must survive a series of challenges, the goal being to... make the others fail! The competition will be tough, but very funny!

But dreams of friendly jousts between high-born nobles will collapse when faced with the reality of extreme fights against monsters and falling endlessly into traps and pits everywhere! Loyalty, bravery, honour – forget them all! Their fiercest opponents will be each other, for only the most cunning competitors can win this free-for-all dungeon race!

Where can I buy a Abraca: Imagic Games Key?

With GameGator, you are able to compare 8 deals across verified and trusted stores to find the cheapest Abraca: Imagic Games Key for a fair price. All stores currently listed have to undergo very specific testing to ensure that customer support, game deliveries, and the game keys themselves are of the highest quality. To sweeten the deal, we offer you specific discount codes, which you will not be able to find anywhere else. This allows us to beat all competitor prices and provide you with the cheapest, most trustworthy deals. If the current cheapest price of $2.44 for Abraca: Imagic Games is too high, create a price alert and we will alert you through email, SMS, or discord the moment the Abraca: Imagic Games price matches your budget.

Can I play Abraca: Imagic Games immediately after the purchase?

What store should I choose for the best Abraca: Imagic Games Deal?