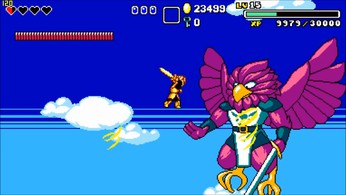 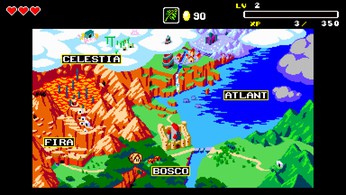 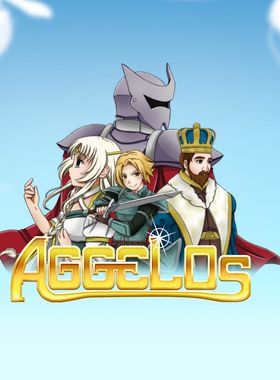 Step through time and discover a mesmerizing new action-RPG that looks like it was plucked straight out of the 16-bit era, but plays like a modern-day marvel! Inspired by non-linear Japanese retro adventures such as Wonder Boy In Monster World, Aggelos hurls players into the middle of a colossal struggle for survival as beings from another dimension threaten to invade the peaceful Kingdom of Lumen. Bursting with secrets and side-quests, and boasting slick melee combat that any 2D action game would envy, Aggelos is the perfect combination of retro style and modern-day game design.

A VAST KINGDOM TO EXPLORE
Venture through forests, seas, cave systems and ancient temples as you seek to uncover the magical elements needed to save the world from total annihilation.

A CLASSICAL NON-LINEAR ADVENTURE
Explore a sprawling world that gradually reveals itself, Metroidvania-style, as you gain new abilities and equipment.

DEADLY ENCOUNTERS
Thwart towering bosses and their tricky minions as you take on perilous mainline quests and optional odd-jobs for the people of Lumen.

MEMORABLE CHIPTUNES
Lose yourself to a retro-inspired soundtrack that floods the Kingdom of Lumen with life.

Where can I buy a Aggelos Key?

With GameGator, you are able to compare 15 deals across verified and trusted stores to find the cheapest Aggelos Key for a fair price. All stores currently listed have to undergo very specific testing to ensure that customer support, game deliveries, and the game keys themselves are of the highest quality. To sweeten the deal, we offer you specific discount codes, which you will not be able to find anywhere else. This allows us to beat all competitor prices and provide you with the cheapest, most trustworthy deals. If the current cheapest price of $2.77 for Aggelos is too high, create a price alert and we will alert you through email, SMS, or discord the moment the Aggelos price matches your budget.

Can I play Aggelos immediately after the purchase?

What store should I choose for the best Aggelos Deal?