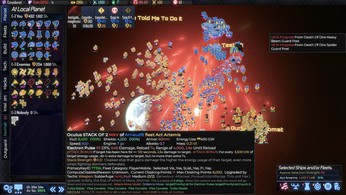 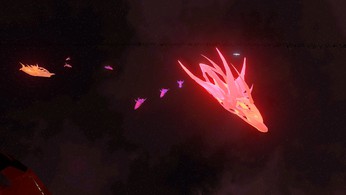 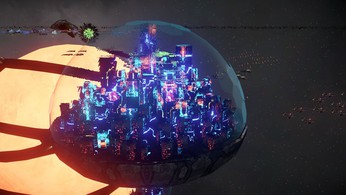 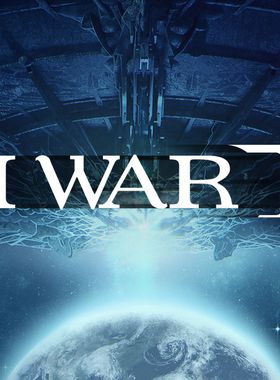 Face off against a more advanced version of the original AI, who once again has captured the entire galaxy leaving you only a tiny planet to yourself. Then strike out and find a way to cleverly outwit it nonetheless. All the new capturables, larger fleets, and hacking abilities are sure to help. (You're going to need it.)

Or immerse yourself in a far more complicated galactic struggle involving the nanocaust, macrophages, dyson spheres, and more. Other factions each have their own goals, rules, units, and entirely unique economies. It's been ten years since the original AI War launched, and the gaming world has changed a lot -- as has the available computing power on any device you're using to read this. We've pulled out all the stops to build foes more formidable and intelligent than before, and to create simulations of hundreds of thousands of units running at 120fps in a lot of cases. You can speed up and slow down the simulation without any extra load on your CPU, and pause at will.

The interface respects your time by automating things that you would do the same 95% of the time anyway. For that other 5% there are indeed advanced features such as placing spy nanites, tweaking or disabling the rules of automation, or redesigning your fleet compositions as much as you want.

With GameGator, you are able to compare 10 deals across verified and trusted stores to find the cheapest AI War 2 Key for a fair price. All stores currently listed have to undergo very specific testing to ensure that customer support, game deliveries, and the game keys themselves are of the highest quality. To sweeten the deal, we offer you specific discount codes, which you will not be able to find anywhere else. This allows us to beat all competitor prices and provide you with the cheapest, most trustworthy deals. If the current cheapest price of $0.97 for AI War 2 is too high, create a price alert and we will alert you through email, SMS, or discord the moment the AI War 2 price matches your budget.

Can I play AI War 2 immediately after the purchase?

What store should I choose for the best AI War 2 Deal?