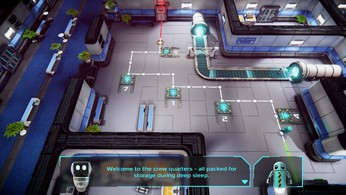 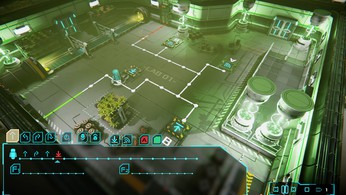 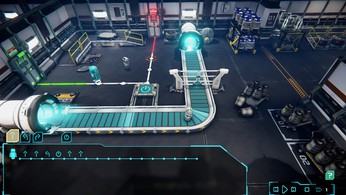 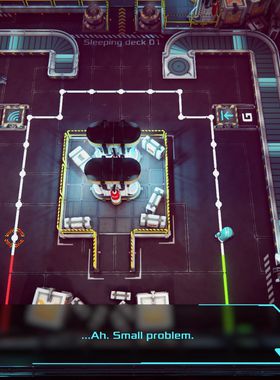 Deep inside the Europa, a pan-galactic colonization ship, the sleeping crew dreams about their new life on the far side of the galaxy.

But there can be no rest for Algo Bot, a service droid working on the junk deck. When a routine recycling mission with cantankerous line manager PAL goes horribly wrong, crisis strikes at the very heart of the Europa.

Unless PAL and Algo Bot can restore the Europas systems and recover the shipboard AI quickly, therell be no waking up for anyone.

As the player, you will take the role of the operator and use a visual programming language to issue a sequence of commands to Algo Bot. Will you manage to solve all the puzzles?

Over 40 programming puzzles set in 5 unique environments to explore

Easy to get for beginners and hard enough for puzzle experts

The British Touch: once again, we've teamed up with Epistory's writer, Joseph J Clark, to give Algo Bot a light storyline with a touch of British humor.

Where can I buy a Algo Bot Key?

With GameGator, you are able to compare 15 deals across verified and trusted stores to find the cheapest Algo Bot Key for a fair price. All stores currently listed have to undergo very specific testing to ensure that customer support, game deliveries, and the game keys themselves are of the highest quality. To sweeten the deal, we offer you specific discount codes, which you will not be able to find anywhere else. This allows us to beat all competitor prices and provide you with the cheapest, most trustworthy deals. If the current cheapest price of $1.10 for Algo Bot is too high, create a price alert and we will alert you through email, SMS, or discord the moment the Algo Bot price matches your budget.

Can I play Algo Bot immediately after the purchase?

What store should I choose for the best Algo Bot Deal?