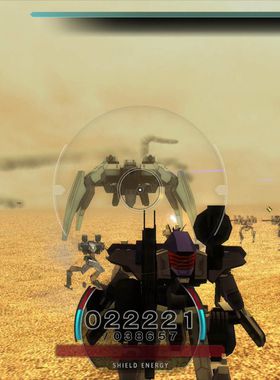 ASSAULT GUNNERS HD EDITION puts you in control of the Peace Keeping Force known as DAT and along with your three allied Battle Mechs, you must attempt to save Earth's Migrants and the Mars Colonies as a whole from the threat of the ANTS uprising. Who or what could be leading this threat against Mars, and the new planned perfect utopia for humanity?

With 35 full-length battle-heavy missions, a horde gameplay mode known as “Inferno Mode” covering 5 varied maps and over 100 mech-customisation possibilities for yourself and your allies, there's plenty of replayability and content present in the standalone version of ASSAULT GUNNERS HD EDITION.

Where can I buy a Assault Gunners Key?

With GameGator, you are able to compare deals across verified and trusted stores to find the cheapest Assault Gunners Key for a fair price. All stores currently listed have to undergo very specific testing to ensure that customer support, game deliveries, and the game keys themselves are of the highest quality. To sweeten the deal, we offer you specific discount codes, which you will not be able to find anywhere else. This allows us to beat all competitor prices and provide you with the cheapest, most trustworthy deals. If the current cheapest price for Assault Gunners is too high, create a price alert and we will alert you through email, SMS, or discord the moment the Assault Gunners price matches your budget.

Can I play Assault Gunners immediately after the purchase?

What store should I choose for the best Assault Gunners Deal?