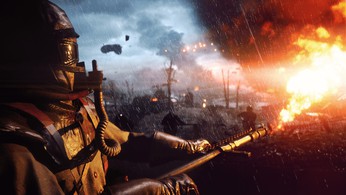 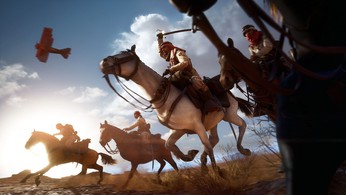 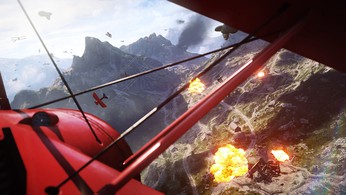 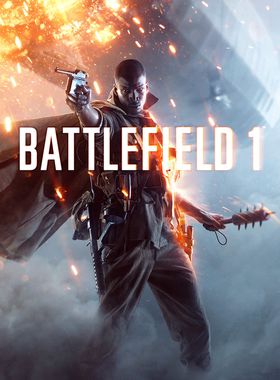 Experience the full extent of World War I. Take part in epic battles, engage in house-to-house combat in a besieged French city, face the enemy in the Italian Alps, or fight in the dunes of Arabia. Discover a new world of war in a campaign full of adventure, or choose to take part in epic multiplayer battles with up to 64 players. Adapt your tactics to the spectacular environments and destruction. Fight as an infantryman, or pilot breathtaking land, sea, and air vehicles. Battlefield 1 delivers a fresh experience, packed with Everything that makes Battlefield great: multiplayer sandbox, immersion, sheer size, authenticity, team play, and an ever-changing world full of unexpected Battlefield moments.

Players experience the birth of modern warfare against the backdrop of World War I, as the war sees new machines and weapons emerging from an arms race between the nations. Players are presented with many different gameplay options as they can cut a path through walls and buildings, eliminate their opponents with creative methods, or leave a trail of massive destruction on the playing field. The landscape is marked by war and actively changed by the players.

Dynamic weather requires you to constantly adapt your tactics: Whether fighting on a map on a sunny day, in thick fog, or the rain. Everything has an impact on what players can see and hear, while Operations are a completely new way to experience multiplayer. A sequence of related battles is played on multiple fronts, where each action has consequences beyond a single match. Request the largest fully player-controlled vehicles. Behemoths roam the battlefields, raining down fire from above, while players can also control an armoured train and a battleship to take control of the battlefield on land, sea, and air.

Where can I buy a Battlefield 1 Ultimate Edition Key?

With GameGator, you are able to compare 2 deals across verified and trusted stores to find the cheapest Battlefield 1 Key for a fair price. All stores currently listed have to undergo very specific testing to ensure that customer support, game deliveries, and the game keys themselves are of the highest quality. To sweeten the deal, we offer you specific discount codes, which you will not be able to find anywhere else. This allows us to beat all competitor prices and provide you with the cheapest, most trustworthy deals. If the current cheapest price of $28.42 for Battlefield 1 is too high, create a price alert and we will alert you through email, SMS, or discord the moment the Battlefield 1 price matches your budget.

Can I play Battlefield 1 Ultimate Edition immediately after the purchase?

What store should I choose for the best Battlefield 1 Ultimate Edition Deal?