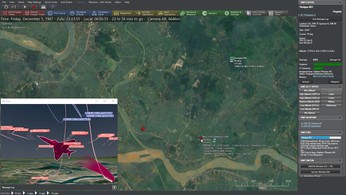 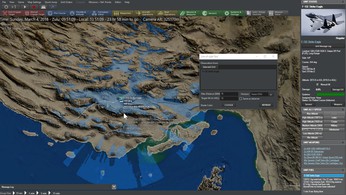 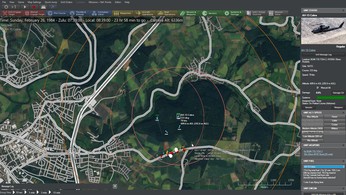 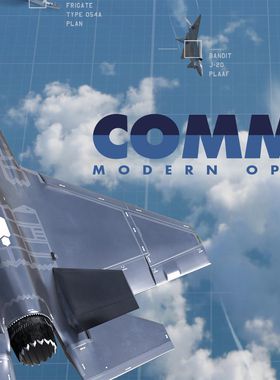 The first release of Command rocked the foundations of modern PC wargaming, steamrolled its way into the Pentagon and won numerous "Wargame Of The Year" awards. Now, the restless rascals at WarfareSims are back at it with a vengeance! The already legendary game of modern cross-domain operations returns with an all-new UI, even more refined simulation mechanics and a host of new features and content to engross you into the challenges of warfare post-WW2 and in the 21st century.

No man, and no armed service, is an island. Aircraft, ships, submarines, ground forces and installations, satellites and even strategic weapons are at your disposal. You are given the forces and their hardware; but you have to direct them wisely. You asked for a faster, smoother earth-globe interface with richer, even more detailed map layers - and you got it! Over half a terabyte's worth of satellite imagery and terrain elevation combine to deliver an unprecedentedly crisp battlefield for your forces to roam.

Command's new slick, dark-themed UI slams you right into the seat of a modern-day military command center and never lets go. Play in desktop-standard window or gamelike full-screen mode. Arrange your secondary info windows just how you like them - or park them into extra monitors. Customize your map and info windows to perfection to suit your play style.

Where can I buy a Command: Modern Operations Key?

With GameGator, you are able to compare 14 deals across verified and trusted stores to find the cheapest Command: Modern Operations Key for a fair price. All stores currently listed have to undergo very specific testing to ensure that customer support, game deliveries, and the game keys themselves are of the highest quality. To sweeten the deal, we offer you specific discount codes, which you will not be able to find anywhere else. This allows us to beat all competitor prices and provide you with the cheapest, most trustworthy deals. If the current cheapest price of $35.98 for Command: Modern Operations is too high, create a price alert and we will alert you through email, SMS, or discord the moment the Command: Modern Operations price matches your budget.

Can I play Command: Modern Operations immediately after the purchase?

What store should I choose for the best Command: Modern Operations Deal?