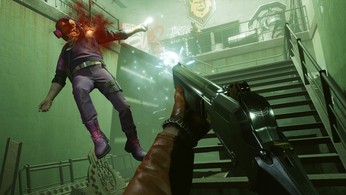 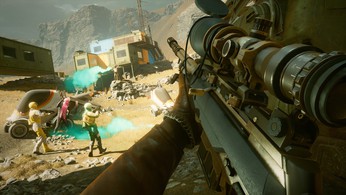 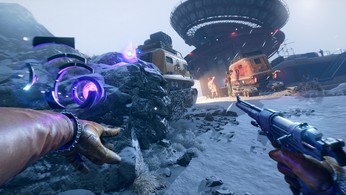 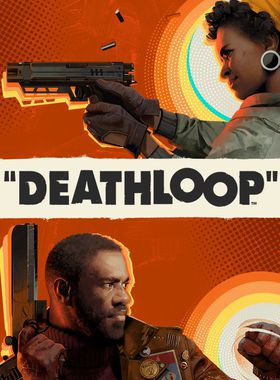 Deathloop recounts the story of the two assassins Julianna and Colt. Both stranded on an island called Blackreef, they are involved in an eternal fight to death. Whenever one of them dies, he wakes up at the starting point of his own cycle of death. Expect breathtaking environments with a dark and futuristic look, elaborately designed levels, and fast-paced action. In the fight against your adversary, you don't just use a lavish arsenal of weapons, but also employ special powers like energy shocks and short-term teleportation from one place to another. In the course of the game, Colt wants to break the cycle of dying and reawakening. Julianna's goal is to prevent this, because she wants to keep the cycle to herself. To break out, you must comb the entire island and complete numerous missions. You will have to die frequently in order to win. The first-person shooter is developed by Arkane Studios, known for shooters like Prey and the Dishonored series.

Where can I buy a Deathloop Deluxe Edition Key?

With GameGator, you are able to compare 25 deals across verified and trusted stores to find the cheapest Deathloop Key for a fair price. All stores currently listed have to undergo very specific testing to ensure that customer support, game deliveries, and the game keys themselves are of the highest quality. To sweeten the deal, we offer you specific discount codes, which you will not be able to find anywhere else. This allows us to beat all competitor prices and provide you with the cheapest, most trustworthy deals. If the current cheapest price of $17.62 for Deathloop is too high, create a price alert and we will alert you through email, SMS, or discord the moment the Deathloop price matches your budget.

Can I play Deathloop Deluxe Edition immediately after the purchase?

What store should I choose for the best Deathloop Deluxe Edition Deal?