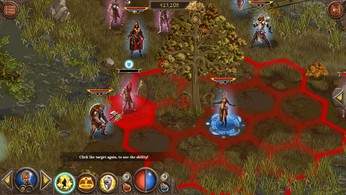 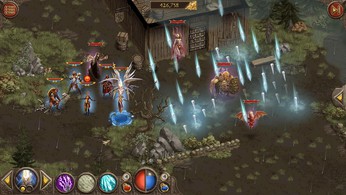 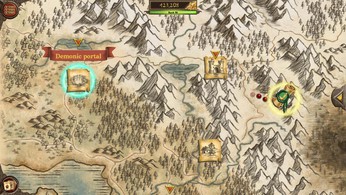 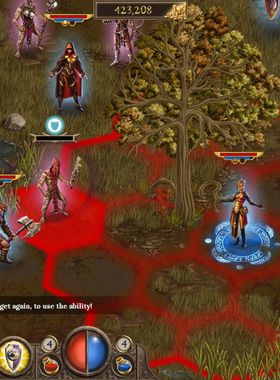 In a magic age, where dragons ruled and the world of Desola was at the height of its glory, a demonic portal opened its infernal abyss in the shadowlands. The realm was ravaged by Devils & Demons. As the battle between monsters and men raged, endless streams of diabolic reapers brought death and despair to humankind. The army of man was outnumbered and in disarray. It is your duty to assemble a party of heroes and embark on an epic quest to help the Order of the Light stop the menacing threat. Start your crusade to protect the kingdom against the empire of darkness and a war brought upon them by the lords of fire.

Fight hordes of savage demons and undead and clash with powerful boss enemies like necromancers and dragons. Take on a myriad of quests in a living fantasy world with many events, encounters and of course epic war loot. Enjoy the action, excitement and fun as you increase the power of your group of heroes and pave your way to the top.

Where can I buy a Devils & Demons Key?

With GameGator, you are able to compare 14 deals across verified and trusted stores to find the cheapest Devils & Demons Key for a fair price. All stores currently listed have to undergo very specific testing to ensure that customer support, game deliveries, and the game keys themselves are of the highest quality. To sweeten the deal, we offer you specific discount codes, which you will not be able to find anywhere else. This allows us to beat all competitor prices and provide you with the cheapest, most trustworthy deals. If the current cheapest price of $0.43 for Devils & Demons is too high, create a price alert and we will alert you through email, SMS, or discord the moment the Devils & Demons price matches your budget.

Can I play Devils & Demons immediately after the purchase?

What store should I choose for the best Devils & Demons Deal?