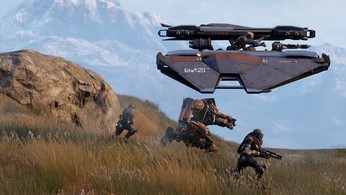 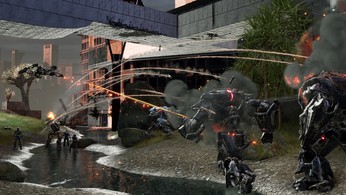 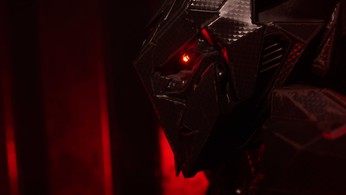 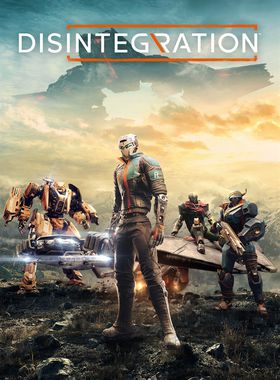 The sci-fi first-person shooter Disintegration plays in a future where people can only survive through integration. In this process, the human brain is conserved with the help of a robotic frame. You are Romer Shoal, a former gravity-vehicle pilot who clings to the memories of humanity that once existed. The overpowering Rayonne, however, have made it their goal to erase everything human. Only Romer and his crew of outlaws can give humanity a new beginning. Control a variety of gravitational vehicles, use your personalised arsenal of weapons, and command your crew on the ground with unique unit abilities. Disintegration features an exciting single player campaign and a dynamic PvP mode where pilots and their crews compete in three game modes and on different maps.

Real-time strategy is an important element of the game and is taken to a new level in exciting battles. Players find themselves in a world shaken by hunger and scarcity of resources. Driven to the brink of destruction, mankind has developed a method to face the brutal reality: Integration. In this process, a human brain is implanted into a fully functional robot body. But out of the chaos of a dying world, a militaristic group has risen up to enforce this process. The Rayonne have made integration their own and are using it to subjugate the rest of humanity.

The gameplay mechanics and the exciting background story of the campaign are perfectly integrated into the competitive multiplayer of Disintegration. The team of V1 Interactive have filled the multiplayer with fun and personality, thanks to the different crews with their individual looks and playing styles.

Where can I buy a Disintegration Key?

With GameGator, you are able to compare 27 deals across verified and trusted stores to find the cheapest Disintegration Key for a fair price. All stores currently listed have to undergo very specific testing to ensure that customer support, game deliveries, and the game keys themselves are of the highest quality. To sweeten the deal, we offer you specific discount codes, which you will not be able to find anywhere else. This allows us to beat all competitor prices and provide you with the cheapest, most trustworthy deals. If the current cheapest price of $8.69 for Disintegration is too high, create a price alert and we will alert you through email, SMS, or discord the moment the Disintegration price matches your budget.

Can I play Disintegration immediately after the purchase?

What store should I choose for the best Disintegration Deal?