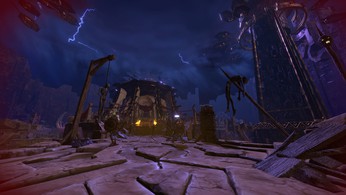 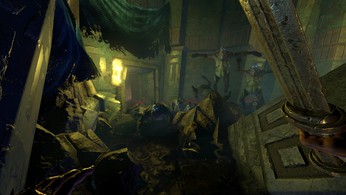 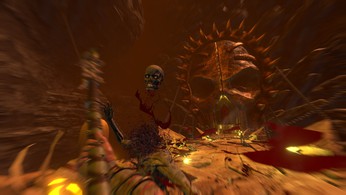 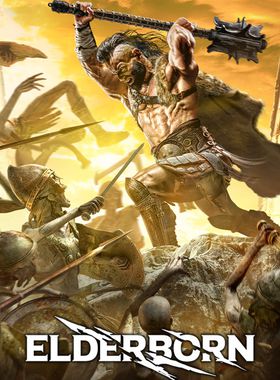 Elderborn is a Metal Action Fantasy Slasher with brutal FPP melee combat and souls-like/RPG character progression. In the times of legend, the barbarian tribes need a new dark messiah. The player becomes a merciless slayer who will uncover ancient secrets in the city of doom, and forge their own destiny. This ambitious indie game, five years in the making, combines old-school single-player feel, a classic heroic story, and modern level of skill-based challenge. All this and more creates an action-packed, lore-filled, engaging adventure that will last 8-10 hours in a single play-through.

Prepare for skill-based, souls-like melee combat in first person perspective, complete with 11 varied weapons to master Character progression and skill system that allows you to play the game in your very own way. A hand-crafted, mysterious, and dangerous world to explore - catacombs, ancient, monolithic city, and more A large selection of enemies, each with their own fighting style, tricks, strengths, and weaknesses. An epic and somewhat exotic original heavy metal soundtrack with an occasional electronic beat. An unapologetic tribute to Robert E. Howard-esque heroic fantasy and the awesome pop-culture of the 80's and 90's New Game + mode! Get barbaric!

Where can I buy a Elderborn Key?

With GameGator, you are able to compare 18 deals across verified and trusted stores to find the cheapest Elderborn Key for a fair price. All stores currently listed have to undergo very specific testing to ensure that customer support, game deliveries, and the game keys themselves are of the highest quality. To sweeten the deal, we offer you specific discount codes, which you will not be able to find anywhere else. This allows us to beat all competitor prices and provide you with the cheapest, most trustworthy deals. If the current cheapest price of $0.86 for Elderborn is too high, create a price alert and we will alert you through email, SMS, or discord the moment the Elderborn price matches your budget.

Can I play Elderborn immediately after the purchase?

What store should I choose for the best Elderborn Deal?

There are many details that you might want to go through before settling on the deal of your choosing. If you are looking for a special Edition, such as Metal AF Edition, you can select these in our menu. When it comes to the actual stores, we made sure that you will never get overcharged/neglected. As we care about your satisfaction, we like to ensure that all deals are legitimate, reliable, and foolproof. On top of that, we make sure all stores affiliated with us have proper refund processes and guarantees and are backed by a competent team to ensure that absolutely nothing will go wrong.