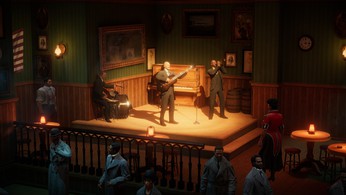 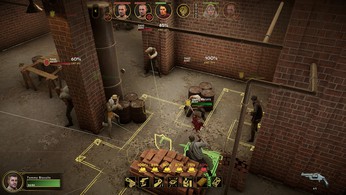 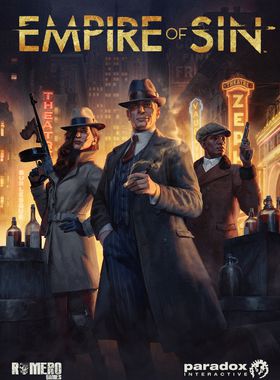 All editions
Day One Edition

About Empire of Sin Deluxe Edition

Empire of Sin is a new strategy game brought to you by Romero Games and Paradox Interactive that puts you at the heart of the ruthless criminal underworld of 1920s Prohibition-era Chicago. Slip into the shoes of one of the fourteen real and historically inspired mob bosses such as Al Capone, Stephanie St. Clair, or Goldie Garneau and assemble a rag-tag gang, build and manage your criminal empire, and defend your turf from rival gangs. It’s up to you to hustle, charm, and intimidate your way to the top and do whatever it takes to stay there - break a leg!

Choose one of fourteen unique bosses based on fictional and real-world gangsters, then set out to build and manage your criminal empire in Chicago’s infamous Prohibition era. Build your Empire of Sin and run Chicago’s underworld economy with business savvy, brutality or city-wide notoriety. Strategically manage your establishments such as speakeasies, supply chains, casinos and more. Assemble your gang and slug it out in turn-based combat to defend and expand your territory – or send a message to opposing gangs.

Where can I buy a Empire of Sin Deluxe Edition Key?

With GameGator, you are able to compare 19 deals across 13 verified and trusted stores to find the cheapest Empire of Sin Key for a fair price. All stores currently listed have to undergo very specific testing to ensure that customer support, game deliveries, and the game keys themselves are of the highest quality. To sweeten the deal, we offer you 7 specific discount codes, which you will not be able to find anywhere else. This allows us to beat all competitor prices and provide you with the cheapest, most trustworthy deals. If the current cheapest price of $13.92 for Empire of Sin is too high, create a price alert and we will alert you through email, SMS, or discord the moment the Empire of Sin price matches your budget.

Can I play Empire of Sin Deluxe Edition immediately after the purchase?

What store should I choose for the best Empire of Sin Deluxe Edition Deal?