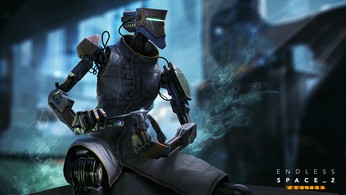 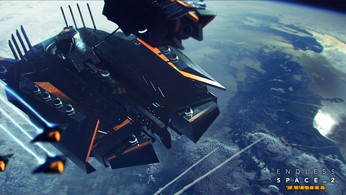 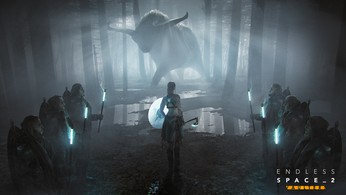 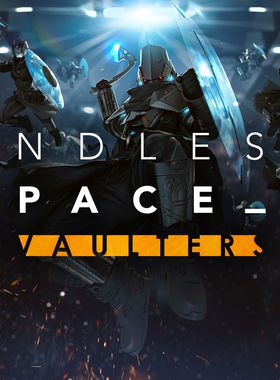 This expansion brings one of the most popular factions of the Endless Universe: the Vaulters. Following the events happening in Endless Legend, this stubborn, and resilient people have left the dying planet of Auriga, seeking a new home to build their future.

The Vaulters have spent centuries seeking a home. Stranded on the world of Auriga, they had to survive the harsh climate and even harsher neighbors. Once more among the stars, following their uncontested leader Ilona Zolya, the people that now call themselves the Aurigans still seek traces of their past as well as a safe place to finally call home.

The Vaulters are a scientific- and military-oriented faction. They play defensive with strong population traits oriented towards system protection. Their teleport ability can carry fleets across the galaxy from one Vaulters system to another. Strong allies in peaceful times, it would be foolish to provoke the Vaulters into aggression.

Befitting a tradition of resilience and unending curiosity, Vaulters Heroes are better governors than admirals. Their skills range from great system defense bonuses to improved scientific output. The Vaulters Expansion also marks the return of Opbot DV8 as an unlockable hero.

Where can I buy a Endless Space 2 - Vaulters Key?

With GameGator, you are able to compare 17 deals across verified and trusted stores to find the cheapest Endless Space 2 - Vaulters Key for a fair price. All stores currently listed have to undergo very specific testing to ensure that customer support, game deliveries, and the game keys themselves are of the highest quality. To sweeten the deal, we offer you specific discount codes, which you will not be able to find anywhere else. This allows us to beat all competitor prices and provide you with the cheapest, most trustworthy deals. If the current cheapest price of $3.36 for Endless Space 2 - Vaulters is too high, create a price alert and we will alert you through email, SMS, or discord the moment the Endless Space 2 - Vaulters price matches your budget.

Can I play Endless Space 2 - Vaulters immediately after the purchase?

What store should I choose for the best Endless Space 2 - Vaulters Deal?