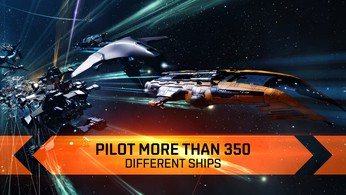 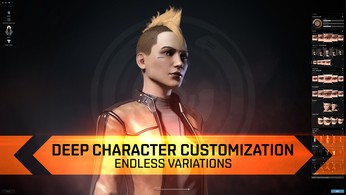 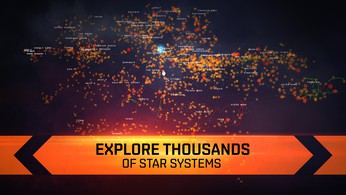 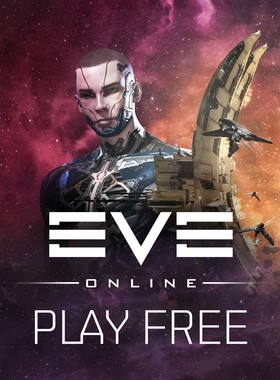 EVE Online is the largest single shard space MMO of all time. With over 7,000 solar systems and nearly 20 years of rich player-created history, join this storied universe and play free to experience everything from immense PvP or PvE battles to mining, exploration, and industry. Seize your destiny as an immortal, a Capsuleer capable of piloting over 350 fully customizable starships from small, nimble Frigates to formidable Battleships and massive Freighters. Embark on a solo adventure through the twisting nexus of wormhole space, form a mighty industrial empire to transform athe building blocks of the universe, or take up arms with likeminded players to conquer vast frontiers together. Who will you be in New Eden?

Experience this vast spaceship MMO for free as an Alpha Clone with access to Frigates, Destroyers, Cruisers, Battlecruisers, and Battleships of any faction. Enterprising Capsuleers may also choose to upgrade to Omega Clone for unlimited Ship access and double training speed. As a single sharded MMO, all players of EVE Online play on the same server across all timezones. Jump in and join thousands of players in the greatest space sandbox there is. Every decision you make, battle you win, and system you claim becomes a part of the long, rich history of New Eden. Where will you leave your mark?

There's no limit on what you can accomplish as a Capsuleer. EVE currently holds the Guinness World Record for the largest multiplayer video game PvP battle - 8,825 players in a single conflict. Take part in massive spaceship battles from day one or train up and command those fleets yourself. EVE's player economy is one of unprecedented scale. The single shard nature of the universe makes for a single economy spread across thousands of space stations. Whether you want to trade on the local markets, produce new ships and equipment, or make cunning investments based on knowledge of player politics, it's all possible.

Pursue a life of exploration, warfare, prosperity, or all of the above! Pilot over 350 different vessels and customize it to your liking with thousands of unique modules. Modify your ship as a fast and nimble fighter or design it from the ground up as a heavily shielded brawler to go toe to toe with others. Feeling lucky? Take a chance and modify your equipment further using alien technology found deep in Abyssal Deadspace. With over 17 years of active development and free expansions, EVE is one of the longest running space MMOs out there. Join a thrilling universe filled with the unrelenting activity and combined history of millions of other players!

Where can I buy a EVE Online Key?

With GameGator, you are able to compare 23 deals across verified and trusted stores to find the cheapest EVE Online Key for a fair price. All stores currently listed have to undergo very specific testing to ensure that customer support, game deliveries, and the game keys themselves are of the highest quality. To sweeten the deal, we offer you specific discount codes, which you will not be able to find anywhere else. This allows us to beat all competitor prices and provide you with the cheapest, most trustworthy deals. If the current cheapest price for EVE Online is too high, create a price alert and we will alert you through email, SMS, or discord the moment the EVE Online price matches your budget.

Can I play EVE Online immediately after the purchase?

What store should I choose for the best EVE Online Deal?

There are many details that you might want to go through before settling on the deal of your choosing. If you are looking for a special Edition, such as 1 Month Timecard or 10 Daily Alpha Injectors, you can select these in our menu. When it comes to the actual stores, we made sure that you will never get overcharged/neglected. As we care about your satisfaction, we like to ensure that all deals are legitimate, reliable, and foolproof. On top of that, we make sure all stores affiliated with us have proper refund processes and guarantees and are backed by a competent team to ensure that absolutely nothing will go wrong.