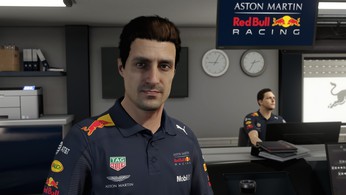 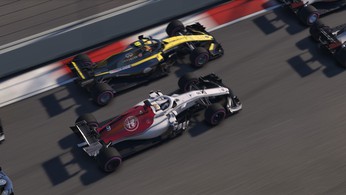 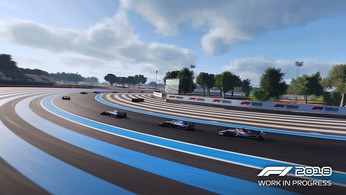 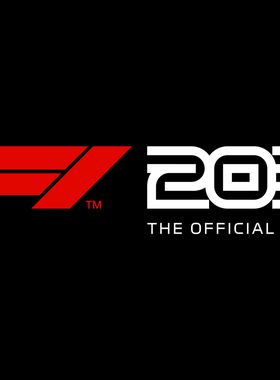 The 2018 season has started in exhilarating style with victories for Scuderia Ferrari's Sebastian Vettel at both the Australian and Bahrain Grand Prix, and then for Red Bull Racing's Daniel Ricciardo in China. Lewis Hamilton then won a thrilling and dramatic race at the Baku City Circuit in Azerbaijan, and most recently Hamilton was again victorious in last weekend's Spanish Grand Prix. The 2018 season also sees the return of the French Grand Prix for the first time since 2008, at the Circuit Paul Ricard, which last hosted the French Grand Prix in 1990. The German Grand Prix also returns to the Championship after not featuring last year, with the Hockenheimring hosting the race in July. F1 2018 will feature all of the official teams, the drivers and circuits of the 2018 season.

With GameGator, you are able to compare 29 deals across verified and trusted stores to find the cheapest F1 2018 Key for a fair price. All stores currently listed have to undergo very specific testing to ensure that customer support, game deliveries, and the game keys themselves are of the highest quality. To sweeten the deal, we offer you specific discount codes, which you will not be able to find anywhere else. This allows us to beat all competitor prices and provide you with the cheapest, most trustworthy deals. If the current cheapest price of $2.17 for F1 2018 is too high, create a price alert and we will alert you through email, SMS, or discord the moment the F1 2018 price matches your budget.

Can I play F1 2018 immediately after the purchase?

There are many details that you might want to go through before settling on the deal of your choosing. If you are looking for a special Edition, such as Headline Edition, you can select these in our menu. When it comes to the actual stores, we made sure that you will never get overcharged/neglected. As we care about your satisfaction, we like to ensure that all deals are legitimate, reliable, and foolproof. On top of that, we make sure all stores affiliated with us have proper refund processes and guarantees and are backed by a competent team to ensure that absolutely nothing will go wrong.